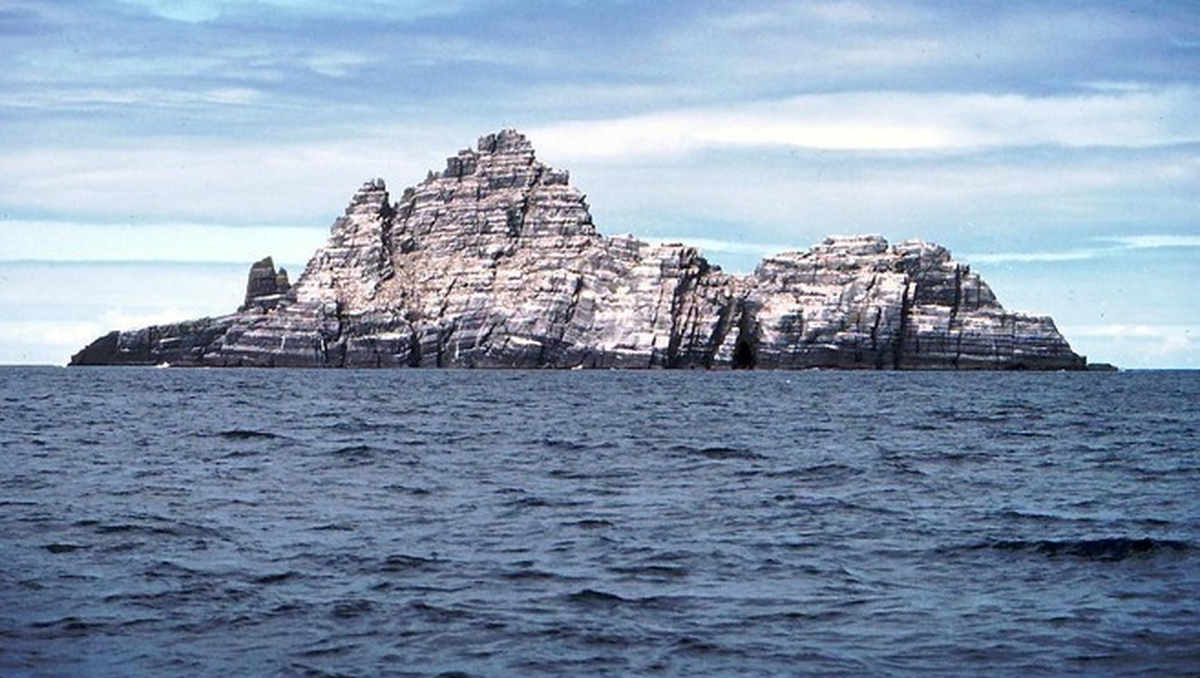 As a nation we are more comfortable with the notion of being enslaved rather than being slave owners. This is the story behind Ireland's unofficial colony in the Caribbean, the island of Montserrat.

Earlier this year, Joe Kearney was presented with a challenge by a retired Kilkenny farmer and philatelist. He was shown a postage stamp from the early 1900s for Montserrat.

The stamp depicted a red-haired white girl in a green dress with her arm draped about a black cross. She looks mournfully into the distance and at her knee is the harp of Ireland.

The challenge was to find out how a Caribbean island with over 90% of its population of African heritage, uses this symbol as its coat of arms. The story moves from Kilkenny to the British Records Office in Kew, London and to the island of Montserrat itself.

In 1632 the first governor of Montserrat, Captain Anthony Briskett, himself an Irishman, invited his fellow countrymen to settle the island. There is no record of how the newly arrived Irish planters dealt with the indigenous people, the Arawaks and the Carrib Indians.

From its initial colonisation, Montserrat became known as a refuge for those escaping religious persecution on other islands, especially Roman Catholics. The Irish were provided with smallholdings for tobacco cultivation, however, when this industry switched to more labour intensive sugar production, slaves were found to be a necessary part of the enterprise. This was the beginning of the era of Irish slave ownership in Montserrat.

The truth behind Ireland's involvement in slavery, slave ownership and the horrors of sugar plantations emerges from testimonies of islanders and from the guardians of the island's history.

Irishmen facilitated the removal of identity, language and culture from the slaves transported to work on the sugar farms of Montserrat at a time when similar colonial oppression was present in their own island.

It is an era that is largely absent from both our national history and psyche but it is one that remains firmly placed within the folk memories of our distant cousins on the remote shores of the other Emerald Isle of the Caribbean.

'Sugar and the Blue Eyed Slave' was made with the support of the Broadcasting Authority of Ireland.