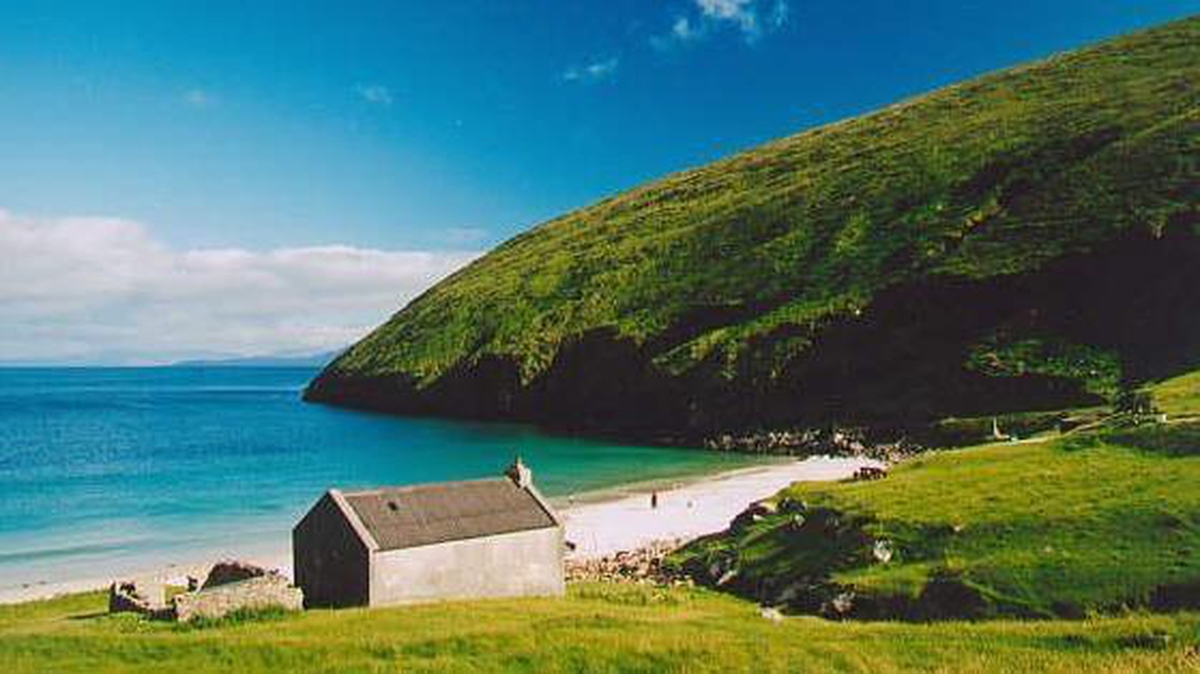 Leave Your Hat At The Sound

A portrait of the past and present of an island that has been an inspiration to writers and artists (first broadcast 1974).

Artsist Paul Henry chose to live there and paint it "in all its moods"; writer Noel Scanlon settled in Achill because the world seemed “wide and open” and novelist Honor Tracey also took her inspiration from living on Achill, Ireland's largest island.

This documentary also looks back at a time before the bridge was built. Before 1887 visitors had to reach the island by ferry across the short stretch of sound and life was wild and remote.

Visitors to the island wrote about its peculiarities - men without hats and customs like a race between two men up a mountain with the prize of a wife for the winner.

They also noted the strong clans in Achill and how they rarely inter-married, and had their own strong characteristics: the Lavelles - handsome descendants of French fishermen; the Schofields - proud of their English descent; the Caulfields, dark curly headed with Creole blood, and the Morans who were of Danish descent – red hair and whiskers.

This documentary by Breandan O'Ciobhan on one of Irelands most famous islands, Achill - past and present.