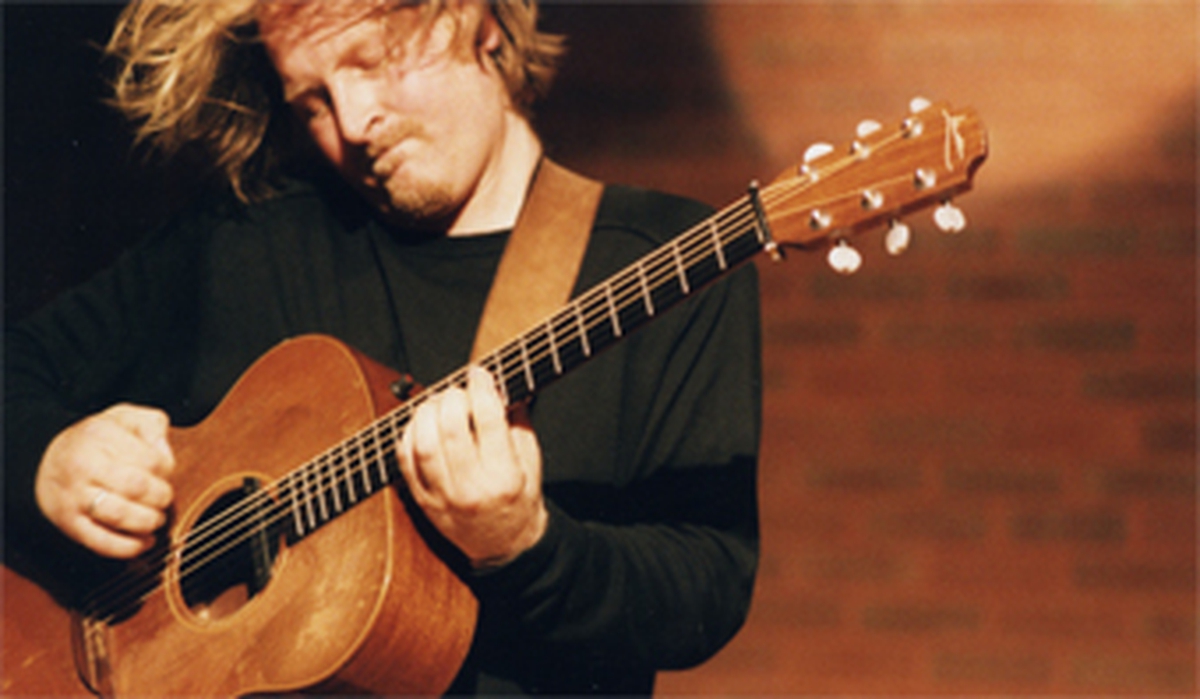 Eric Roche was born on December 4th 1967 in New York City. Soon after, his family moved back to their native Tralee in Co. Kerry. Eric was the eldest in his family and had one brother, Bryan.

Whilst growing up in 1970/80's Ireland, Eric always had a keen interest in music. He eventually specialised in becoming a virtuoso fingerstyle guitarist, some would say, the finest fingerstyle guitarist that Ireland has ever known. Whilst growing up, Eric's younger brother Bryan, occasionally followed him around, recording him from time to time whilst also playing and learning music from Eric. As the two boys grew up into men, they went different directions in life, Eric journeyed into music, Bryan into academia.

In the 1990's Eric moved to England to ply his trade and by the start of this decade he had become an extremely accompished, respected and brilliant fingerstyle guitarist and tutor. In 2000, Eric became the Head of Guitar at the Academy of Contemporay Music in Guilford, where his pupils included Newton Faulkner.

Life was good for Eric at this time. He was on the cusp of starting a family with his partner Candy and professionally, his reputation as a fingerstyle guitarist was growing steadily worldwide, not only through his recordings and performances but also through his workshops, masterclasses, lectures and the several books he had written on all elements of his beloved instrument, the guitar.

In early 2004, Eric underwent extensive surgery to remove a large cancerous tumour from his jaw - an extremely rare form of saliva gland cancer. As a result of the surgery, Eric's speech became slightly impaired, but his ability on his instrument remained ever brilliant. It was during this time that Eric and his younger brother Bryan became especially close. Like many brothers, Eric and Bryan had learned to take each other somewhat for granted. Cancer changed that. Eric's diagnosis signaled the beginning of a new and deepened relationship whose brevity was more than compensated for by it's richness.

After Eric recovered from his surgery, and upon getting the all-clear from the medics, he continued to teach, perform and tour with his beloved guitar. Family life was also beginning to blossom for Eric as he and his partner Candy had two young children together, a son and daughter.

In May 2005, Eric received bad news. His cancer had returned. This time, the outlook was not so good.

Eric Roche was just 37 years old when he died on September 6th 2005. He left behind his wife Candy, their two young children, his mother and father, his sister, many many friends and colleagues, extended family and of course his younger brother Bryan.

This radio documentary, 'With these Hands' is based around Eric Roche's life, music and the relationship he had with his brother Bryan. It is told, not only by the words and thoughts of Bryan, but also by the myriad of recordings that Eric left behind. Eric recorded 3 albums and countless live gigs. 'With these Hands' combines these elements with the, now priceless, recordings that Byran had made, both of and with, his big brother Eric as they grew up in 1970/80's Tralee.

What emerges is a combined story, about a young man from Kerry who went on to become a virtuosic world class fingerstyle guitarist, whilst his younger brother Bryan - who through Eric's terminal cancer - got to know his big brother in a way he could never have known. 'With these Hands' is a story of love, music, life and brotherhood.

To find out more about Eric and his music - click here