Spoiler alert! No-one likes to have the big reveal ruined for them but if you have a Personal Contract Plan (PCP) or are thinking about availing of one to buy a new car, it pays to skip to the end of the story before you even start.

The main reason the Competition and Consumer Protection Commission has launched a study on this form of vehicle finance is that it is concerned consumers are not up to speed on the potential pitfalls.

As the CCPC's Fergal O'Leary said last week: "Ultimately as a consumer you will pay for that car, it's just a case of how and when and what happens to you at the end of the agreement that really matters".

One big issue is what the car companies call the "Guaranteed Minimum Future value" or GMFV - this is the fulcrum around which Personal Contract Plans operate.

It's only by deferring a significant proportion of the vehicle's purchase price to the end of the PCP term - typically three years - that the monthly payments can be set at the attractive levels you'll see advertised.

The annual interest rate on that car finance is 3.9%.

Try getting a car loan from a bank or credit union and you'll see that's well below the going rate. 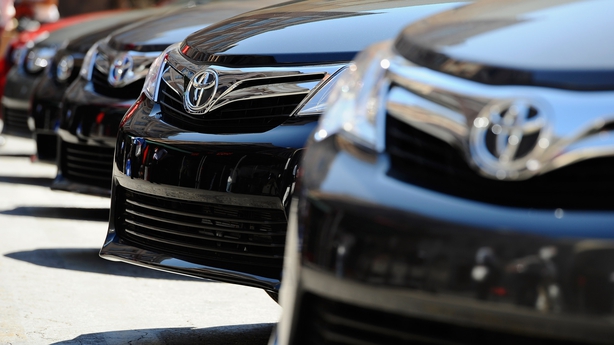 The finance is cheap because it excludes the €11,810 GMFV. This is the minimum value the manufacturer will accept for the car on the second-hand market.

It's also the level of the "optional" final payment you'll need to make if you want to own the car outright.

That's fine if you know you'll have the cash to pay the GMFV or that interest rates will be low enough that you can borrow the money at an affordable level.

Be aware that if you wanted to borrow €11,810 today for three years your monthly repayments would be around €360 a month - a 45% step up on the PCP instalments.

Alternatively you may decide to sell the car. If it can be sold for more than the GMFV you'll have equity to put towards a new vehicle.

That depends on the state of the secondhand market in three years' time, however, which will be influenced by how many other people are exiting their PCPs and selling exactly the same make and model as you.

The other choices are to walk away with neither debt (nor equity) or put your GMFV towards a new vehicle with the same manufacturer, rolling over your PCP.

Clearly that's a desirable outcome for the motor industry - a ready supply of loyal customers primed to drive away a new vehicle every three years.

But it illustrates the reality. When you sign a PCP you are not buying a car. You are acquiring a financial obligation which may not end the way you thought it would.