Italy declared a state of emergency on the southern island of Ischia after a landslide killed at least seven people and left several others missing.

A wave of mud and debris crashed through the small town of Casamicciola Terme on Saturday morning, engulfing at least one house and sweeping cars down to the sea, local media and emergency services said.

"The toll of victims from the landslide in Casamicciola has risen to seven dead, while five are missing," Naples city prefect Claudio Palomba announced. 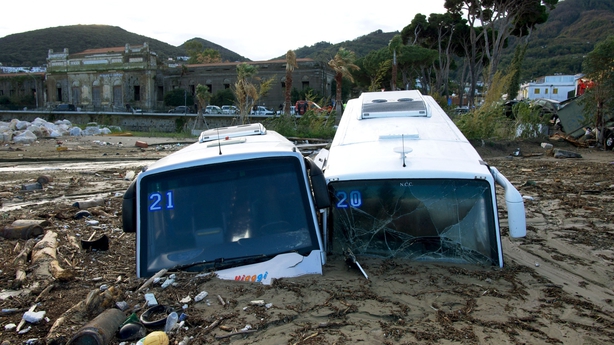 A first tranche of €2m of relief funds was released at the end of an emergency cabinet meeting, which declared the state of emergency, said Minister for Civil Protection Nello Musumeci.

Italian media had earlier reported that four bodies had been found by this afternoon.

More than 200 rescuers were still searching for missing people, while hundreds of volunteers, up to their knees in mud, were busy cleaning the town's streets.

The rescue effort had been hampered by rain and high winds, which also delayed ferries bringing reinforcements from the mainland. 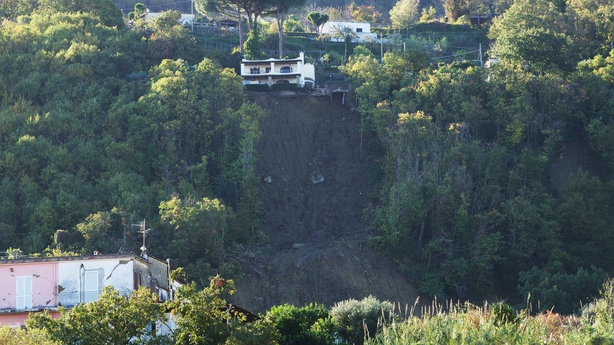 "It's a situation that hurts us, if only for the people who disappeared under the mountain. Here it's an island and even if we don't really know everyone, it's almost that," Salvatore Lorini, 45, told AFP.

"The mountain came down, there was devastation of shops, cars, hotels and that was already happening nine years ago. Now I am cleaning my mother-in-law's shop," he said.

Interior Minister Matteo Piantedosi had earlier warned there were people trapped in the mud, saying it was a "very serious" situation.

Heavy rain sent torrents of mud through the streets of Casamicciola Terme, a spa resort of 8,000 inhabitants on the north of Ischia, a lush island near Capri that is thronged with tourists in summer.

Trees were upturned and cars left battered on the side of the road or in the water, according to AFP journalists. 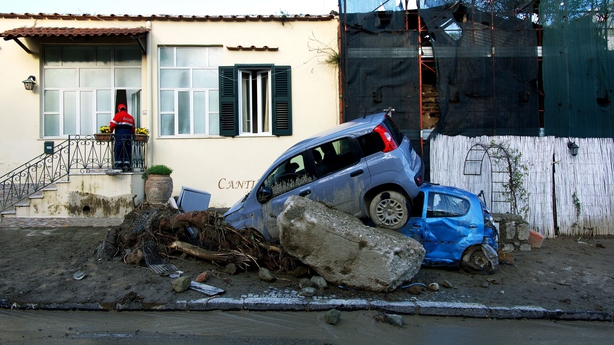 Boulders were scattered around as excavators sought to free up access to homes, cars and shops.

"If I could, I would leave Casamicciola because I now struggle to live there, even if my house survived the tremor, the flooding," 64-year-old Iacono Maria told AFP.

Pope Francis said he was praying for the victims, "those who suffer and all those who have contributed to the rescue" in his Angelus prayer.

The fire service said earlier one house had been swamped by the mud and two people had been rescued from a car swept into the sea.

In the worst-affected area of the town, at least 30 families were trapped in their homes without water or electricity, with mud and debris blocking the road, ANSA news agency reported.

Officials had said they expected to evacuate and find temporary homes for between 150 and 200 people.
Local authorities called on Ischia residents to stay inside to avoid hindering the rescue operation.

An "exponential" growth of infrastructure sparked by mass tourism ended up "stifling all the natural elements of the land and covering everything with cement", geologist Mario Tozzi wrote in La Stampa newspaper. 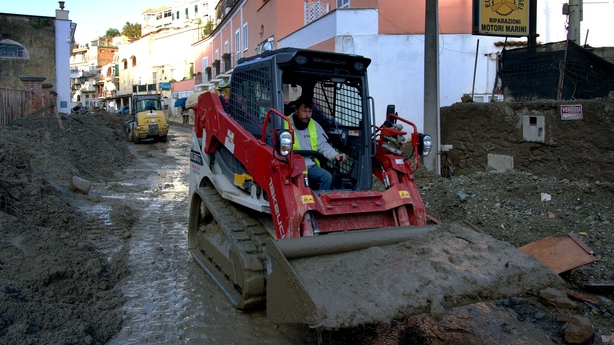 Casamicciola Terme was hit by an earthquake in 2017, in which two people died. It was completely destroyed by a much more powerful tremor at the end of the 19th century.

The devastation in Ischia comes just weeks after 11 people died in heavy rain and flooding in the central Italian region of Marche.