Torrential rain is lashing Australia's southeast coast, forcing thousands of people from their homes because of the danger of floods and landslides in a region battered by major flooding four times in the past 18 months.

Some areas in New South Wales state have received a month's rain in the past two days, swelling rivers and forcing Sydney's main dam, the Warragamba Dam, to spill on the weekend.

Flooding in March and April in New South Wales and southeast Queensland state resulted in A$4.8 billion (€3.1bn) in insured damage, the Insurance Council of Australia estimated.

What is causing the incessant rain?

Australia has been exposed to the La Nina weather phenomenon in the Pacific Ocean two years in a row, which typically brings above average rainfall on the east coast. The La Nina event ended in June, but there is a 50-50 chance it may re-form later this year, the Bureau of Meteorology said.

Warm ocean sea surface temperatures and another phenomenon, the Indian Ocean Dipole, are bringing wetter than normal weather. The Indian Ocean Dipole index turned negative in May, increasing the chances of above average winter and spring rainfall for most of Australia, the weather bureau said in June.

The Australian winter runs from June through August.

"The dice is loaded towards a high probability of rain events occurring at least in the next few months because of all those conditions," said Tom Mortlock, a senior catastrophe analyst at insurer Aon. 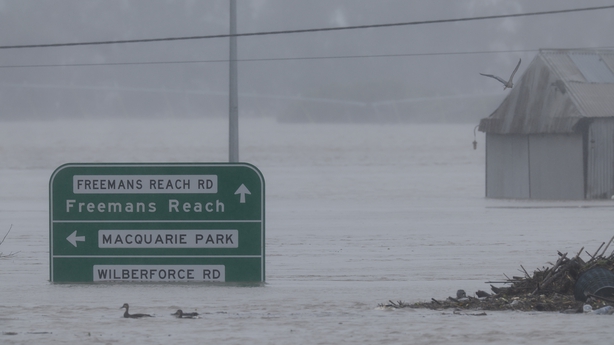 While it is difficult to attribute any single flood to climate change, Mortlock said the increased frequency of heavy rain was consistent with what could be expected from climate change, as warmer air holds more moisture in the atmosphere.

"Most climate models are suggesting increases in the frequency of rain events in Australia," he said.

Western Sydney's Hawkesbury-Nepean valley is a floodplain, prone to dangerous flooding due to a "bathtub effect", the New South Wales State Emergency Service says. The valley is fed by five tributaries and has chokepoints limiting flows to the sea, so water backs up during heavy rain.

Heavy rain driven by La Nina over the past two years has saturated the ground and filled dams, creating conditions for flash floods.

"There's practically no infiltration capacity left in any of the catchments on the east coast," Mortlock said. 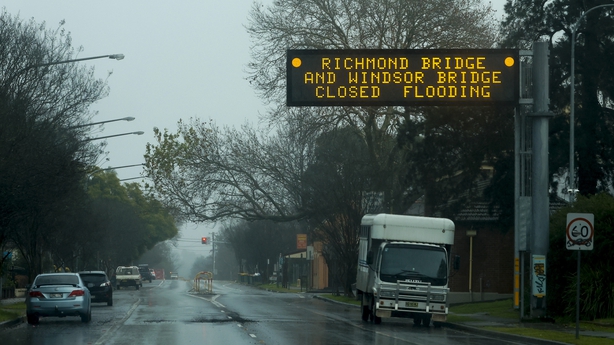 Sydney's rapid population growth over the last few decades has pushed development into the floodplain.

Before the recent floods, there had not been any major floods for about three decades, which meant officials approving land development applications may have believed the risk of flooding was low.

"When you don't have it for a long time, there has been quite a lot of complacency," said Ian Wright, an environmental scientist at Western Sydney University.

"Our bridges aren't high enough," he said. "Flood evacuation routes are few and far between and inadequate."

Residents and emergency workers are still recovering from bushfires in 2019-2020 and floods last year and this year, coming on top of the Covid-19 pandemic.

Shortages of building materials and labour mean thousands of people are waiting for repairs from the previous disasters, Wright said. 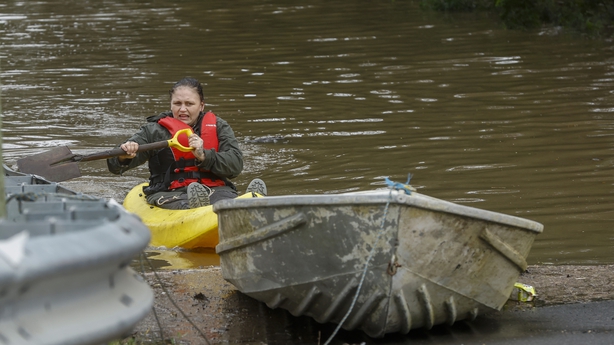 "More often than not, it's not the wealthy people living in the cheap land on the floodplain, it's the people who can't afford to live on top of the hill," Watt said last week.

The government plans to set up a Disaster Ready Fund to provide up to A$200 million a year for disaster prevention and resilience programmes.