Millions of locked-down Shanghai residents entered their fourth week of a nerve-wracking Covid-19 lockdown, while authorities said on this morning that they were looking to shift to a targeted enforcement of rules in smaller zones around confirmed cases.

In Beijing, fearing a similar strict lockdown after the emergence of a few cases, many have begun stockpiling food, with long queues seen in the largest district Chaoyang for the first of three mandatory tests scheduled there this week.

While the virus so far seemed well contained in Beijing, authorities in Shanghai were trying to control the heightened frustration caused by the lockdown that has forced most of the city's 25 million people indoors.

At a daily news conference today, Qi Keping, vice-head of Shanghai's northeastern commercial district of Yangpu, said authorities were looking to break down large areas into smaller ones for more targeted enforcement of rules.

"Every compound, every gate, every door must be strictly managed," Ms Qi said, adding, however, that the new approach would "better achieve differentiated prevention".

Ms Qi singled out the Tongji New Village area in her district, saying that although all its 6,000 residents were under complete lockdown, only a few residential buildings were reporting positive cases and curbs could be more focused on those. 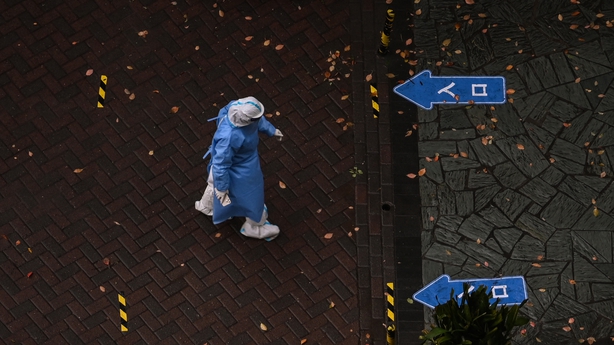 It was unclear whether the targeted zoning of areas would be introduced across Shanghai, but some residents hoped such plans could be expanded if they were shown to be working in Yangpu.

One woman in Shanghai's Changning district, who declined to be named, said the news from Yangpu gave her something to cling on to, but that she was not even sure whether to believe it.

"Though I'm still sealed up now, I'm crying with joy," she said via WeChat.

Restrictions in China's commercial capital currently prevent some people from leaving the house, others from leaving their residential compound, while some are allowed out. Most are in the first two categories and those in the latter who venture out are often told by police to return home.

Over the weekend, Shanghai authorities sealed off entrances of public blocks and closed off entire streets with two-metre-tall green wire mesh fences, with videos circulating online showing residents protesting from their balconies.

The prolonged isolation has fuelled frustration among residents over lost income, family separation and poor access to food and health care. 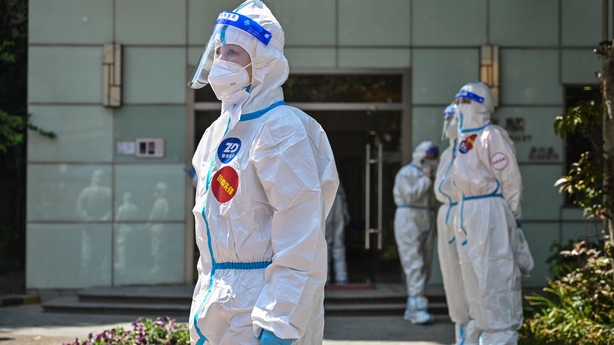 Shanghai is carrying out daily Covid-19 tests and accelerating the transfer of positive cases to quarantine facilities, some of which are outside the city.

In the past week, authorities have also transferred entire communities, including uninfected people, saying they need to disinfect their homes, according to residents and social media posts.

Shanghai reported 51 new Covid deaths yesterday, a record for the current outbreak and up from 39 the day before, the local government has said.

That takes the official death toll to 138, all reported from 17 April onwards, although many residents have said relatives or friends died after catching Covid-19 as early as March, casting doubt over the statistics.

Cases outside quarantined areas were down to 217 from 280. Other cities that have been under lockdown began easing restrictions once such cases hit zero.