An international human rights organisation says it has received "credible" reports of a massacre of civilians in late March in central Mali by Russian mercenaries and Malian government troops.

At around 10am on 27 March, helicopters landed in the village of Moura in central Mali and soldiers – some of them white – disembarked.

The area had been under the partial control of Al-Queda linked Islamist militants. Witnesses who spoke to the NGO Human Rights Watch (HRW) said a group of jihadists was at a market in the village that day.

A gunfight erupted between about 30 militants and the soldiers who landed. Reinforcements arrived. The village was sealed off and witnesses described summary executions of groups of men by white soldiers and Malian government troops. Security sources cited by HRW say 100 Russians took part in the operation.

The Malian authorities hailed the operation as counterterrorism success, with over 200 militants killed. Villagers told HRW a very different story, describing how around 300 civilians were killed.

They told of how hundreds of men were rounded up and made lie in the open in temperatures of up to 40 degrees. They were then taken away in groups of four to 10 over the course of four days and shot. Many of those in the village that day were attending the market as traders.

A Malian elder from the Mopti region told HRW investigators he was receiving calls from villagers in his area asking about men who have not come home from the Moura market.

The NGO says it is the worst mass-killing of Mali's decade-long conflict and it believes it was carried out by a combined force of government troops and around 100 Russian mercenaries. 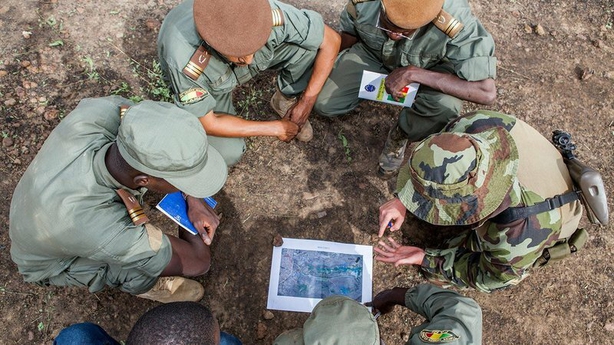 However, two successive coups since August 2020 and the invitation of Russian mercenaries into the country by the ruling junta have changed the circumstances under which the EU trainers are now working. The events of last month complicate matters further.

The European Union’s foreign service said hundreds of mercenaries from the Wagner Group – a Russian private military company – were in Mali. Speaking to the EU Observer news site in January, a European External Action Service spokesman said: "It is our opinion that this presence will only aggravate the crisis and pose serious risks to human rights."

Intensified conflict will result in a higher civilian toll.

The Department of Foreign Affairs reiterated those concerns in a statement to RTÉ this weekend. "The presence of Wagner can only serve to fuel existing tensions, increase instability and violence, and impede MINUSMA's (United Nations Multidimensional Integrated Stabilisation Mission in Mali) efforts to protect civilians and provide support to the Malian armed forces", a spokesman said.

The EU has already drawn up sanctions on the private military contractor, which many Western capitals believe has links to the Kremlin. The sanctions relate to Wagner’s activities in Libya, Ukraine and the Central African Republic (CAR).

The EU suspended its military training mission in the Central African Republic last year due to the presence of Wagner mercenaries, telling Reuters at the time: "We would need the guarantee that the soldiers trained by EUTM are not employed by the Wagner mercenaries. For the moment, we don’t have a response."

The ruling junta in Mali has had sanctions imposed on it by the regional Economic Community of West African States (ECOWAS) since seizing power in May 2021. The EU followed suit in January.

The European Union's mission is now in the position of providing training to soldiers, who could be directed by Russian mercenaries it has sanctioned, on behalf of a government which is also under its sanctions.

Wagner’s business model in CAR relied on mining concessions in return for its mercenary services. To do likewise in Mali would involve fighting local militias for control of the Mali’s artisanal mines, at the same time as being a target for jihadi militants. Intensified conflict will result in a higher civilian toll.

The adventure will not be cost-free for the mercenaries either. Looking at the numbers, the price of engagement in Mali is high. With a force of over 13,000 soldiers, including 14 members of Ireland’s Army Ranger Wing, the UN peace enforcement mission, MINUSMA, has lost 159 personnel since being deployed in Mali in 2013, making it the deadliest UN mission in the world.

Between the French-led Operations Serval and Barkhane, which had 5,100 at its peak, 48 troops were killed.

Despite its concerns over how the Malian government came to power, the EU is reluctant to pull out and leave a vacuum. In early 2022, the union’s representative in the Sahel told the Reuters news agency: "We must continue to dialogue with Mali, because we don't want to isolate Mali, we want a Mali that is capable of overcoming this crisis."

The EU special representative for the Sahel Emanuela Del Re said the EU had to be "firm on certain principles without closing the door completely".

How the EU will react to this latest massacre, with the added provocation of Russian involvement, remains to be seen. Mali is on the agenda of a meeting of EU Foreign Ministers tomorrow and events in Moura will form part of those discussions.

The UN has already demanded access to the site of killings to establish the facts of what happened in Moura between 27 March and 31 March. Ireland has backed this call.

In a statement last Thursday, Minister for Foreign Affairs Simon Coveney said: "We call on the Malian transitional authorities to immediately grant unfettered, timely and safe access to MINUSMA so that it may conduct a full investigation into the incident, as it is mandated to do by the United Nations Security Council.

"Any findings of such an investigation must be made public and action taken to ensure the protection of civilians."

Its envoy for the Sahel El-Ghassim Wane said he welcomed word from Mali that a military tribunal had opened an investigation into the events in Moura. MINUSMA also welcomed the development in a separate statement.

However, he added that it is "imperative that the Malian authorities extend the necessary cooperation for MINUSMA to have access to the site of the alleged violations, in line with its mandate".

MINUSMA has opened 17 investigations into allegations of indiscriminate attacks on civilians, extrajudicial arrests and killings, mistreatment and forced disappearances in central Mali since the beginning of this year.

If another investigation corroborates what HRW has been told, the EU will have grounds to revisit its decision to stay.

A background to conflict

In 2012, Tuareg mercenaries who had fought for Muammar Gaddafi returned home from Libya after the dictator was toppled with NATO help. They mounted an insurgency with militant jihadists, including Al Quaida affiliates, and routed the national army. The defeat triggered a coup in the capital.

France intervened the following year, providing troops and air cover and helped the new government’s forces wrestle back control of a large swathes of territory from the insurgents.

More European troops – including small Irish deployments - would arrive on various EU and UN missions in the years that followed.

Ireland, deployed troops to train the Malian army as part of an EU mission.

Up to this year, France also maintained several thousand troops with Operation Barkhane, the counterinsurgency operation