An eight-year-old girl has died from her injuries after strong winds blew a bouncy castle off the ground at a Christmas fair in eastern Spain, local authorities have said.

Another eight children were injured, one of them seriously, after falling from the inflatable structure that was lifted into the air yesterday evening in Mislata on the outskirts of the eastern city of Valencia.

"There are no words of consolation, a real tragedy," Mislata mayor Carlos Bielsa tweeted along with a statement announcing the death of the girl.

Mislata city hall declared three days of official mourning and cancelled all remaining Christmas festivities, including a Three Kings parade planned for this evening on the eve of Epiphany.

The town experienced wind gusts of over 70 kilometre an hour at the time of the accident, according to local media reports.

Police have opened an investigation to determine if the bouncy castle complied with safety rules. 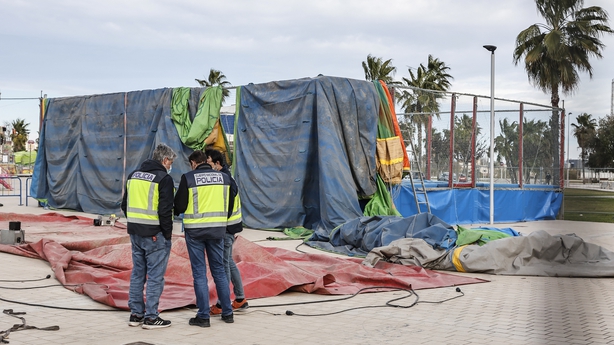 Last month six children died on Australia's island state of Tasmania after a gust of wind lifted a large inflatable castle off the ground at an end-of-term school party.