The blaze occurred when police broke up a traditional smoking ceremony by a small number of activists at the building's entrance.

The Canberra building was home to the country's federal parliament from 1927 to 1988 and now houses the Museum of Australian Democracy.

The museum said in a statement that it is "closed until further notice while we address fire damage caused by protesters today."

There was no immediate news about the extent of the damage, but images showed flames and smoke coming from wooden double-doors at the building's entrance. 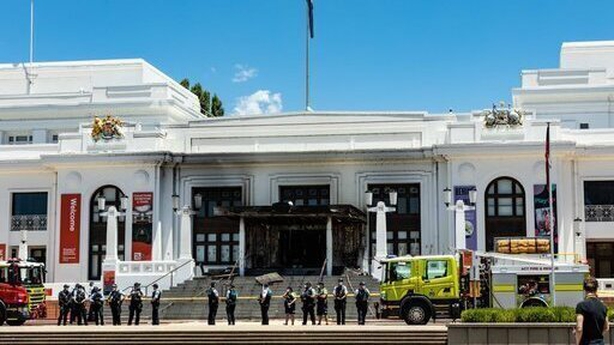 The vast majority of the edifice remained untouched, and the blaze was said to have been quickly extinguished.

Activist Albert Hartnett said in a Facebook post that police had used pepper spray to break up the demonstration, which he alleged had caused the roof of a portico to catch fire.

The National Heritage Register-listed building has been the scene of a series of protests by an "Aboriginal Tent Embassy" in recent weeks.

Past protests included lighting a fire by the building's doors. 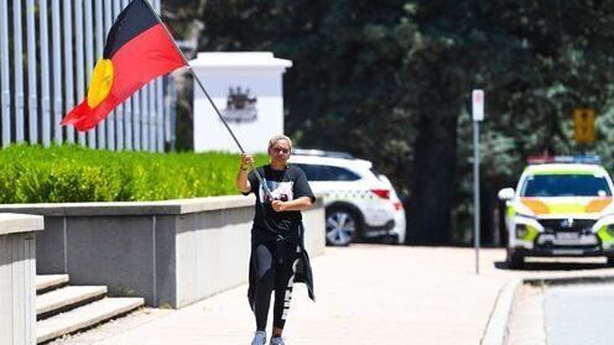 "No matter your race, your religion, your belief in this country, no one has the right to damage property demonstrating, particularly a symbol of our democracy which hundreds of thousands of Australians died defending," he said.

A journalist with Australian's ABC News channel tweeted out footage of people watching the fire as the flames consumed the front entrance of the building.

More footage of people watching as a fire consumes the front entrance to Old Parliament House in Canberra. Police and other agencies will have lots of footage to work with as they investigate. pic.twitter.com/xwbhlpB5zM

Siobhan Heanue said there was "lots of footage" for police and other agencies to work with as they investigate.