An eight-year-old boy injured when a car plowed into a Wisconsin Christmas parade has died, taking the toll from the tragedy to six, a local prosecutor said today as the suspect appeared in court.

Mr Brooks allegedly steered his red SUV into marching musicians, dancers and children in the annual holiday parade Sunday in the city of Waukesha.

The boy was identified by his parents on a GoFundMe page as Jackson Sparks.

"This afternoon, our dear Jackson has sadly succumbed to his injuries and passed away," wrote Aaron and Sheri Sparks.

They said their 12-year-old son Tucker was also injured at the parade, but was "miraculously recovering" and will be discharged from the hospital.

Four women and one man were also killed and 62 people injured, including other children, some still in critical condition. 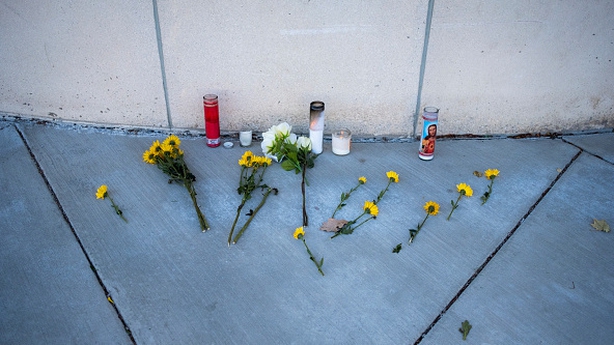 Mr Brooks appeared in court for his arraignment, his face masked and hands cuffed, keeping his head bowed as a judge said he faced multiple life sentences if found guilty for the deaths.

Waukesha officials said there appeared to be no motive for the disaster, other than that Mr Brooks had driven away from some kind of confrontation as police were called to the scene.

But questions have been raised as to why Mr Brooks, who was arrested in nearby Milwaukee just weeks earlier on multiple charges of domestic abuse for hitting and running over the mother of his child, and had a lengthy arrest record in three states stretching back to 2000, had been released on a minimal bail of $1,000.

The judge set Mr Brooks' bail at $5 million as his court-appointed attorney said he was "indigent."