An Italian judge has issued an international arrest warrant for the grandfather of a boy who survived a cable car crash, prosecutors said, in an ongoing custody battle.

Padua judge Pasquale Villani issued the warrant for Shmuel Peleg, who is accused of illegally taking six-year-old Eitan Biran from Italy to Israel following the death of the child's parents, Padua prosecutors wrote.

Mr Peleg is accused of "crimes of kidnapping, abduction and the detention of minors abroad", prosecutors wrote.

Mr Peleg, who is the boy's maternal grandfather, has appealed an October ruling by an Israeli court that he return Eitan to his paternal aunt in Italy. 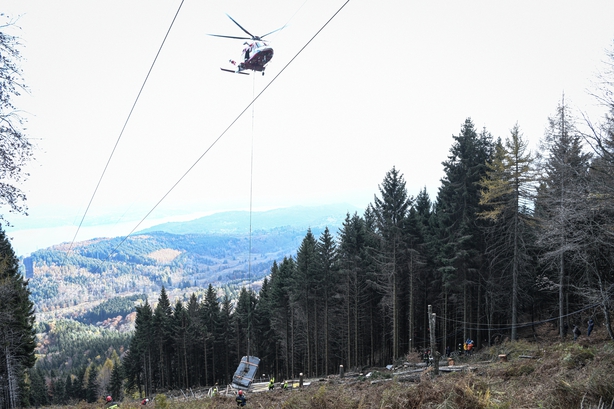 The international battle for custody of Eitan has garnered headlines in both countries.

Italian prosecutors accused Mr Peleg of kidnapping the boy, who is the sole survivor of an accident in May that killed 14 people, including his parents, younger brother and great-grandparents.

After recovering from severe injuries from the accident, Eitan was released from hospital into the custody of his paternal aunt, Aya Biran.

Mr Peleg took the boy during a visit that the aunt had agreed to.

"The criminal plan put in action with lucid premeditation and meticulous organisation originated in a profound conviction that their grandson should be entrusted to the maternal family and definitively transferred to his original country, Israel," prosecutors wrote.

Prosecutors also allege that Mr Peleg and the boy's grandmother, Esther Cohen, were engaged in "several corruption attempts" over contacting an Israeli woman living in Italy and offering her a "substantial cash reward" to assist Ms Cohen in bringing the child to Israel.

A hearing in the case has been scheduled for tomorrow in Tel Aviv.