Two diamond bracelets once belonging to Marie Antoinette and imbued with her "glamour, glory and drama" according to Christie's auction house, sold for more than €7 million today.

It was the first time that the bracelets, made up of 112 old-cut diamonds, had ever gone under the hammer.

Marie Antoinette, the last queen of France before the French Revolution, was guillotined in Paris aged 37 in October 1793.

"Her style defines the unique aesthetics of Versailles: opulent and regal, yet youthful and romantic. A tastemaker extraordinaire, then and now," said Christie's Europe chairman Francois Curiel. 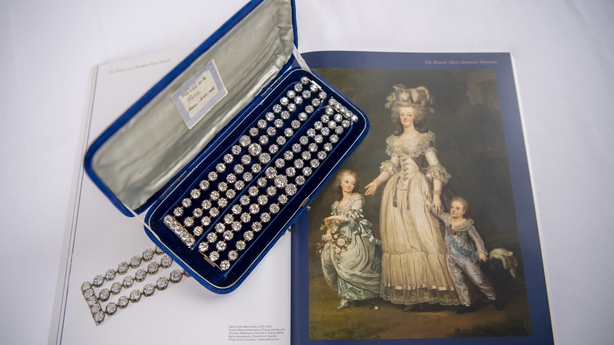 They had been estimated to go for 2 to 4 million Swiss francs.

"Their royal provenance is impeccable; not only is their line of heritage unbroken and traceable from 1776 onwards, but the bracelets have been featured in two famous historic paintings," said Mr Curiel.

"These bracelets travelled through time to recount a most important era of French history, with its glamour, glory and drama." 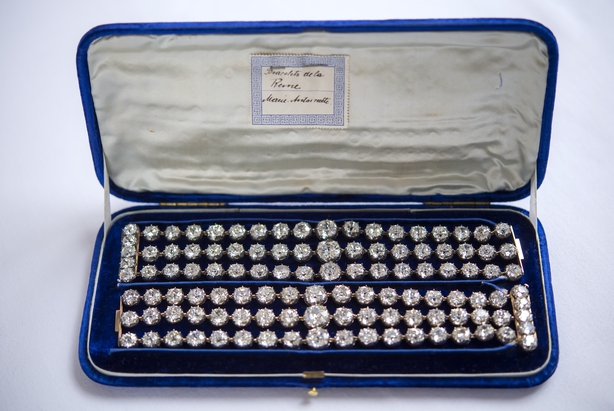 When king Louis XVI, his wife Marie Antoinette and their children tried to flee the French Revolution in March 1791, the royal jewels were smuggled out of the country into the trust of a confidant in Brussels.

They were then sent on to relatives in the queen's Austrian homeland and passed down through the generations.

The bracelets were sold as part of Christie's Geneva Magnificent Jewels sale.

Christie's jewellery specialist Marie-Cecile Cisamolo told AFP: "Not only are the diamonds extraordinary, not only did Marie Antoinette have them on her wrists at one point, but... it flows, it's like wearing fabric.

"It is a piece that is extraordinary, that was made to be worn, worn by a woman and to be worn with pleasure. You could see that she loved diamonds, you could see that it was a passion, it's reflected in these two bracelets. It's a piece of history."