World leaders and national negotiators are set to meet over a two-week period in Glasgow to discuss the fightback against climate change.

It comes as scientists say there is only a narrow window of opportunity for countries to cut global emissions to "net zero" by 2050, which could bring warming back to under 1.5C in the second half of the 21st century.

Here's what you need to know about COP26:

The 26th United Nations Climate Change Conference of the Parties (COP26) is being held in Scotland from 31 October to 12 November. It is billed as a chance for humanity to save itself from climate catastrophe. It is the latest and most urgent summit in a protracted diplomatic process entering its fourth decade. 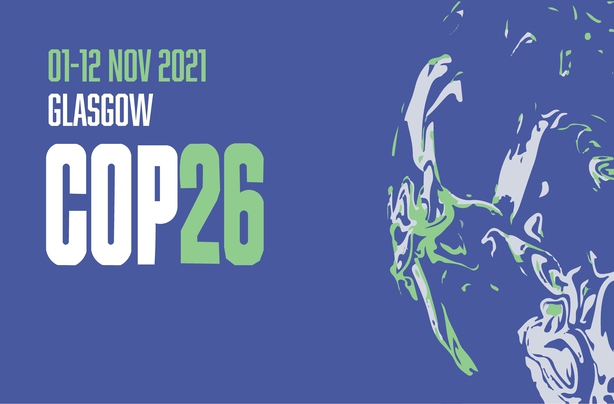 In 1992, countries agreed to an international treaty called the United Nations Framework Convention on Climate Change (UNFCCC), which set ground rules and expectations for global co-operation on combating climate change.

The "parties" are the 196 countries that ratified the treaty, plus the European Union. The United Kingdom, partnering with Italy, is hosting COP26 in Glasgow.

It was due to take place last year but was postponed because of the global Covid-19 pandemic.

Who will be there?

The summit will bring parties together to accelerate action towards the goals of the Paris Agreement and the UN Framework Convention on Climate Change.

The UN says that more than 190 world leaders will participate, along with tens of thousands of negotiators, government representatives, businesses and citizens for 12 days of talks.

Some leaders have said they will not be attending, namely Russia’s Vladimir Putin and the leader of the world's most populous country, President Xi Jinping of China, is not expected to be there in person.

Britain's Queen Elizabeth has pulled out of the summit after being advised by doctors to rest. However, Prince Charles and Prince William will be in attendance.

Pope Francis is not expected to attend. A Vatican source said there was a possibility that the Pope would address the conference by video - or that Cardinal Secretary of State Pietro Parolin would read a message on his behalf.

Iranian President Ebraham Raisi will not attend COP26 after reports in the British media that local politicians were calling for a criminal investigation if he set foot in Scotland.

However, new Japanese Prime Minister Fumio Kishida has said he is considering how he will participate, possibly taking part online. The daily Yomiuri reported that Kishida was making arrangements to try to attend in person.

US President Joe Biden, along with climate envoy John Kerry will attend. The White House says 10 other cabinet officials will also be present.

Taoiseach Micheál Martin and Minister for the Environment, Climate and Communications Eamon Ryan are among the Irish delegates attending the conference.

Australian Prime Minister Scott Morrison has confirmed he will attend. While many global nations have pledged to achieve net-zero emissions by 2050, Australia has refused to strengthen its targets.

David Attenborough, the world's most influential wildlife broadcaster, will exhort leaders to put climate and the protection of nature at the top of their agenda as the COP26 People’s Advocate.

Climate activists, including Extinction Rebellion, will gather in Glasgow to keep up the pressure, while Greta Thunberg confirmed she would join a 5 November march for "climate justice" in the city.

Why is it important?

In 1992 the UNFCCC set ground rules and expectations for global co-operation on combating climate change. It was the first time the majority of nations formally recognised the need to control greenhouse gas emissions, which causes the global warming that drives climate change.

That treaty has since been updated, including in 2015 when nations signed the Paris climate agreement. That agreement set the goal of limiting global warming to "well below" 2 degrees Celsius (3.6F), and preferably to 1.5C (2.7F), to avoid catastrophic climate change.

If countries can cut global emissions to "net zero" by 2050, that could bring warming back to under 1.5C in the second half of the 21st century.

The COP is a complex process that can be hard to make sense of from the outside, but it’s how international law and institutions help solve problems that no single country can fix on its own.

Can anything be achieved from this meeting?

The UN Intergovernmental Panel on Climate Change’s latest report, released in August 2021, warns in its strongest terms yet that human activities have unequivocally warmed the planet, and that climate change is now widespread, rapid and intensifying.

The IPCC’s scientists explain how climate change has been fueling extreme weather events and flooding, severe heat waves and droughts, loss and extinction of species, and the melting of ice sheets and rising of sea levels. UN Secretary-General António Guterres called the report a "code red for humanity".

Enough greenhouse gas emissions are already in the atmosphere, and they stay there long enough, that even under the most ambitious scenario of countries quickly reducing their emissions, the world will experience rising temperatures through at least mid-century.

However, there remains a narrow window of opportunity. If countries can cut global emissions to "net zero" by 2050, that could bring warming back to under 1.5C in the second half of the 21st century. How to get closer to that course is what leaders and negotiators are discussing.

What happens at COP?

During the first days of the conference, around 120 heads of state and their representatives will gather to demonstrate their political commitment to slowing climate change.

Once the heads of state depart, country delegations, often led by ministers of environment, engage in days of negotiations, events and exchanges to adopt their positions, make new pledges and join new initiatives. These interactions are based on months of prior discussions, policy papers and proposals prepared by groups of states, UN staff and other experts.

Nongovernmental organisations and business leaders also attend the conference, and COP26 has a public side with sessions focused on topics such as the impact of climate change on small island states, forests or agriculture, as well as exhibitions and other events.

The meeting ends with an outcome text that all countries agree to.

What are the aims of COP26?

António Guterres publicly expressed disappointment with the COP25 outcome, and there are signs of trouble heading into COP26.

Countries are required under the Paris Agreement to update their national climate action plans every five years, including at COP26. This year, they’re expected to have ambitious targets through 2030. These are known as nationally determined contributions, or NDCs.

The Paris Agreement requires countries to report their NDCs, but it allows them leeway in determining how they reduce their greenhouse gas emissions. The initial set of emission reduction targets in 2015 was far too weak to limit global warming to 1.5 degrees Celsius.

One key goal of COP26 is to ratchet up these targets to reach net zero carbon emissions by the middle of the century.

Another aim of COP26 is to increase climate finance to help poorer countries transition to clean energy and adapt to climate change. This is an important issue of justice for many developing countries whose people bear the largest burden from climate change but have contributed least to it. Wealthy countries promised in 2009 to contribute $100 billion a year by 2020 to help developing nations, a goal that has not been reached.

The US, UK and EU, among the largest historic greenhouse emitters, are increasing their financial commitments, and banks, businesses, insurers and private investors are being asked to do more.

Other objectives include phasing out coal use and generating solutions that preserve, restore or regenerate natural carbon sinks, such as forests.

What other challenges face COP26?

Another challenge that has derailed past COPs is agreeing on implementing a carbon trading system outlined in the Paris Agreement.

The UN warned in September 2021 that countries’ revised targets were too weak and would leave the world on pace to warm 2.7C (4.9F) by the end of the century. However, governments are also facing another challenge this autumn that could affect how they respond: Energy supply shortages have left Europe and China with price spikes for natural gas, coal and oil.

China – the world’s largest emitter – has not yet submitted its NDC. Major fossil fuel producers such as Saudi Arabia, Russia and Australia seem unwilling to strengthen their commitments. India – a critical player as the second-largest consumer, producer and importer of coal globally – has also not yet committed.

Other developing nations such as Indonesia, Malaysia, South Africa and Mexico are important. So is Brazil, which, under Javier Bolsonaro’s watch, has increased deforestation of the Amazon – the world’s largest rainforest and crucial for biodiversity and removing carbon dioxide from the atmosphere.

Many insiders believe that COP26 won’t reach its goal of having strong enough commitments from countries to cut global greenhouse gas emissions 45% by 2030. That means the world won’t be on a smooth course for reaching net-zero emissions by 2050 and the goal of keeping warming under 1.5C.

But organisers maintain that keeping warming under 1.5C is still possible. Former Secretary of State John Kerry, who has been leading the US negotiations, remains hopeful that enough countries will create momentum for others to strengthen their reduction targets by 2025.

Since the last UN conference in 2019, record-shattering wildfires have scorched across Australia, Western Europe and the United States; North America has sizzled in a once-in-a-thousand-year heatwave; and extreme rainfall has caused massive flooding in Asia, Africa, the US and Europe.

Experts warn that only transformative action will help stave off far more devastating climate impacts, not just for humanity but most life on Earth.

The cost of failure is astronomical. Studies have shown that the difference between 1.5 and 2 degrees Celsius can mean the submersion of small island states, the death of coral reefs, extreme heat waves, flooding and wildfires, and pervasive crop failure.

That translates into many premature deaths, more mass migration, major economic losses, large swaths of unlivable land and violent conflict over resources and food - what the UN secretary-general has called "a hellish future".

Organisers have already warned the negotiations may fail to reach their objectives.

Other tasks are less clear cut, including governing the carbon markets and finalising a "rulebook" for the Paris Agreement that specifies how goals are to be reached and progress measured. But experts warn that the stakes could not be higher.

That point was underscored with dark humour this week in a video released by the UN Development Programme, which shows a dinosaur striding into a UN meeting and declaring: "I know a thing or two about extinction."

"At least we had an asteroid," it continues. "What's your excuse?"