An elk that spent at least two years with a tyre around its neck roaming the wilderness in the US state of Colorado is finally free of the encumbrance after wildlife officers removed it.

They had to cut off the sedated big buck's five-point antlers because they could not saw through a band of steel in the tyre.

The 270kg elk had proven to be highly elusive over the past two years, despite several sightings.

It was finally spotted in a neighbourhood at the weekend and wildlife officers were able to get in an effective shot with a tranquiliser dart. 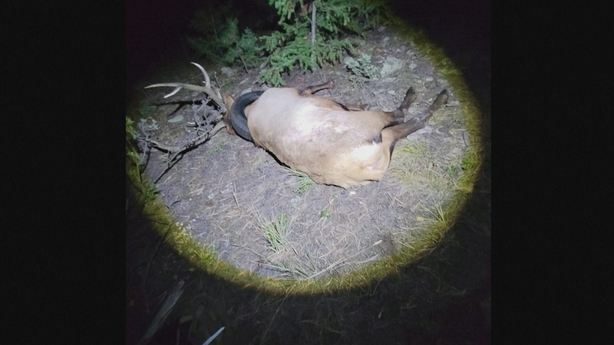 The elk's neck was in "pretty good shape despite all that chafing" according to officials.

"The hair was rubbed off a little bit, there was one small open wound but other than that it looked really good," said wildlife officer Scott Murdoch, one of two who removed the tyre.

The saga of the bull elk with a tire around its neck is over. Thanks to the residents just south of Pine Junction on CR 126 for reporting its location, wildlife officers were able to free it of that tire Saturday.

With the removal of the tyre and the debris in it - pine needles and dirt - and the antlers, the elk is probably 16kg lighter.

The animal was first seen with the tyre in July 2019 as a wildlife officer with a spotting scope carried out a census of Rocky Mountain bighorn sheep and mountain goats in an area called the Mount Evans Wilderness, Colorado Parks and Wildlife said in a statement.

At the time, the elk was probably two years old. 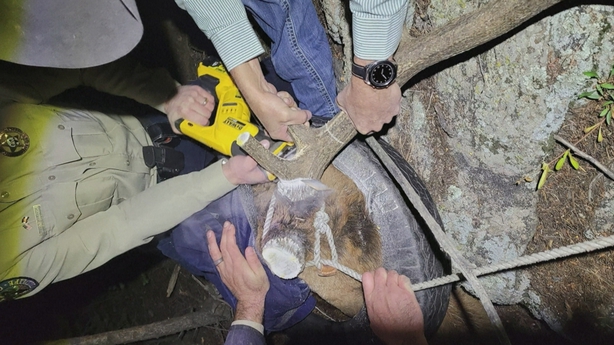 The animal probably got its head stuck in the tyre either when it was very young, before it had antlers, or during the winter when it shed its antlers, the statement said.