The US has authorised the use of boosters of Pfizer's Covid-19 vaccine for people aged over 65, as well as adults at high-risk of severe disease.

The announcement means tens of millions of Americans are now eligible for a third shot six months after their second dose.

"Today's action demonstrates that science and the currently available data continue to guide the FDA's decision-making for Covid-19 vaccines during this pandemic," said Janet Woodcock, acting head of the Food and Drug Administration (FDA).

The decision was expected and came after an independent expert panel convened by the regulatory agency last week voted in favour of recommending the move.

The panel, however, rejected an initial plan by the White House to fully approve Pfizer boosters to everyone aged 16 and over, in what amounted to a rare rebuke of President Joe Biden's administration.

The group of vaccinologists, infectious disease specialists and epidemiologists concluded that the benefit-risk balance differed for younger people, especially young males who are more susceptible to myocarditis, which is an inflammation of the heart.

Pfizer Covid-19 boosters are currently being debated by a separate body of experts convened by the Centers for Disease Control and Prevention (CDC), which may recommend further specifics about recipients.

For example, if obesity is considered as putting a person "at high risk of severe Covid," that definition would cover more than 42% of the US population aged over 20.

The CDC may also have to define which workplaces and other settings might lead to "frequent institutional or occupational exposure to SARS-CoV-2".

For its part, the FDA indicated this would cover "health care workers, teachers and day care staff, grocery workers and those in homeless shelters or prisons, among others".

The FDA's emergency use authorisation applies to those aged 18 and over for the high risk of severe disease and high-exposure categories. It also only applies to Pfizer's vaccine. 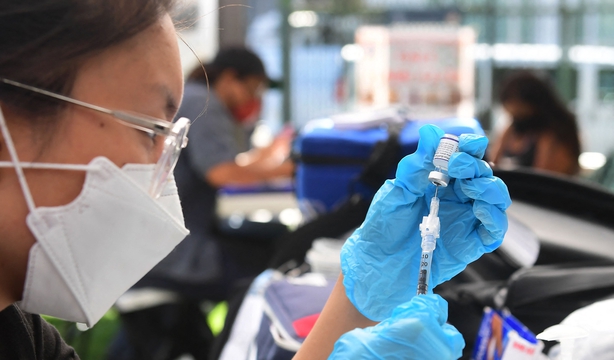 Recipients of Moderna and Johnson & Johnson, the other US-authorised vaccines, will now await news for when they, too, might become eligible for another shot.

The World Health Organization has called for a moratorium on wealthy countries giving out boosters, while many countries - especially those in Africa - have barely begun their immunisation campaigns.

The US argues, however, it is possible to both help middle- and lower-income nations while also protecting its own vulnerable people.

US infectious disease expert Dr Anthony Fauci said that more research is needed to make a decision on whether a booster shot is warranted for the general public.

"As we said in the beginning, we would want to plan for the possibility of vaccinating all those who have gotten their initial vaccination with Pfizer," Dr Fauci said. "And it was always pending the evaluation of all of the totality of the data from the United States, from Israel, and any bit of data that we could get by the advisory committee to the FDA."

Dr Fauci added that the FDA panel decided against a third shoot for everybody aged 16 and over "in the proper deliberative process and they came up with a recommendation".

The pledge from Mr Biden at the summit, held virtually from the White House, brings the total US commitment of donated vaccines to 1.1 billion - more than the rest of the world combined.

"For every one shot we've administered to date in America, we've now committed to do three shots to the rest of the world."

The new tranche of half a billion vaccines will be from Pfizer and will go to low-income and middle-income countries. 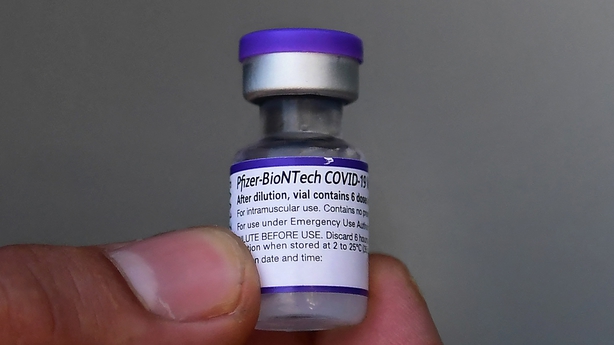 Mr Biden is also challenging world leaders to vaccinate 70% of every country by September 2022, the White House said in a statement.

"We need other high income countries to deliver on their own ambitions," he said.

"We're not going to solve this crisis with half measures."

Mr Biden stressed that the surge of vaccines must only be donated, with no "political" strings attached - a veiled dig at China in particular.

After he spoke, Spain announced at the United Nations in New York that it was boosting its commitment to 30 million total vaccines, while Japan said it would increase its contribution to 60 million.

While the latest global coronavirus wave peaked in late August, the virus continues to spread rapidly, particularly in the US, which is officially the worst-hit country.

More than 4.7 million people worldwide have died since the outbreak began in China in December 2019.