US President Joe Biden has declared a major disaster in the southern state of Tennessee and approved federal funding after devastating floods over the weekend left at least 21 dead.

On Saturday, Tennessee was hit by what meteorologists called historic storms and flooding, dumping as much as 38cm of rain.

Rural roads, state highways, bridges and hundreds of homes were washed out and widespread power outages affected thousands of people. 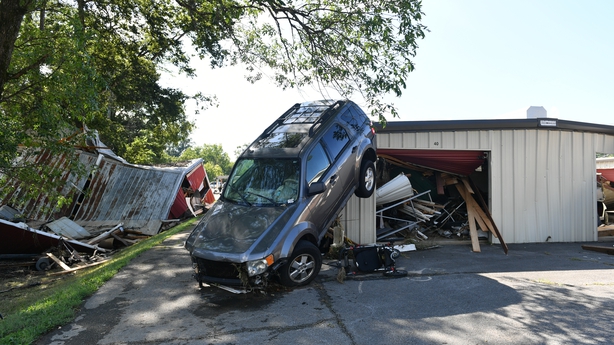 Floods are natural phenomena, but climate change is altering Earth's rainfall patterns, making some regions wetter and others drier.

Scientists say climate change is intensifying the risk of heavy rain around the world, because a warmer atmosphere holds more water.

According to an international study published today, climate change made the deadly floods that devastated parts of Germany and Belgium last month up to nine times more likely.

Tennessee Governor Bill Lee described a "picture of loss and heartache" in Waverly, a hard-hit town of around 4,500 where 20 of the victims died.

"Our hearts and our prayers need to be for those folks in that community, many of them who have suffered not only the loss of their homes but the loss of family members and friends," he said after touring the scene.

Police chief Grant Gillespie said the other death was in a more remote area of the county.