At least one person has been killed and 16 injured after an explosion at a chemical site in the west German city of Leverkusen, with four people still missing.

Chempark operator Currenta said: "We are deeply saddened by this tragic accident and the death of an employee."

The blast happened at around 9.40am "for still unknown reasons", Currenta said.

The explosion could be heard far and wide, and sent a thick column of black smoke into the air.

Germany's NINA warning app sent an "extreme danger" alert to residents, urging them to close all doors and windows and keep the emergency numbers free as much as possible.

This area is separate from the main industrial park that houses numerous chemical companies including Bayer, Lanxess and Evonik Industries. 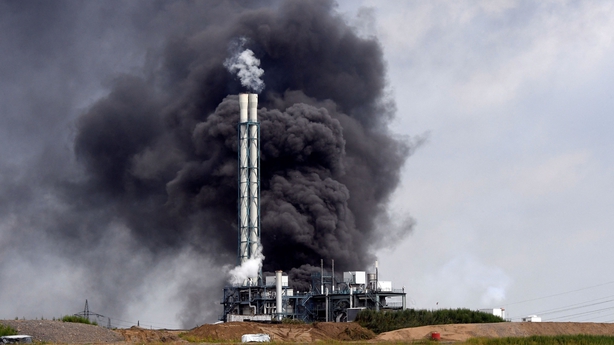 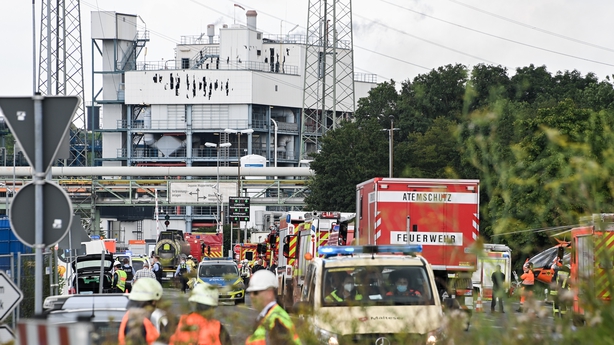 At an afternoon press conference in Leverkusen, Chempark head Lars Friedrich said the warning to stay indoors remained in place while experts raced to identify the composition of the smoke cloud.

Asked whether the cloud might contain toxic gases, Mr Friedrich declined to speculate but said nothing could be ruled out.

City mayor Uwe Richrath said it was "a dark day for the people of Leverkusen".

Playgrounds in the Buerrig and Opladen neighbourhoods would be closed, he said, urging residents to rinse fruit and vegetables from their gardens before eating them.

The city of Leverkusen said on its Facebook page that measurements of pollution levels were all still "in the green" and that any measures taken were as a precaution.

A hotline has been set up to answer questions from concerned residents. Locals were also asked to report any sightings of soot or residue that may fall from the sky so it can be examined.

"We are deeply saddened by this tragic accident and the death of an employee," said Chempark's Friedrich, adding that "rescue efforts continue at full speed" to find the four missing employees.

The blast had triggered a fire in tanks used as storage for liquid solvents awaiting incineration, he said.

Three of the tanks "were completely or partially destroyed", Mr Friedrich said, making it impossible to tell for now where the explosion started.

Large numbers of police, firefighters and rescue crews were deployed to the scene, as well as pollution detection experts.

Police in Cologne tweeted that they had closed several motorways in the area because of "major damage" and urged drivers to avoid the area.

Locals shared images on social media of the black cloud rising into the air, with some saying their windows were rattled by the force of the explosion.

Leverkusen, on the eastern bank of the Rhine river, lies about 20 kilometres north of Cologne in the western state of North Rhine-Westphalia. It has a population of more than 160,000 people.

According to Currenta, the Chempark chemicals complex is one of the largest in Europe.

More than 70 companies are based at its three locations in Leverkusen, Dormagen and Krefeld-Uerdingen.

The chemical incident comes as Germany is reeling from historic floods earlier this month that left at least 180 people dead in North Rhine-Westphalia and neighbouring Rhineland-Palatinate state.

The high death toll raised questions over the country's warning systems, and whether enough had been done to notify residents ahead of time.

Government officials have called for old-school sirens to be used more widely again, on top of smartphone warning apps and radio and TV broadcasts.

Currenta said it had used both sirens and the NINA app to sound the alarm after the explosion.