At least 25 people have died including a dozen passengers trapped in a flooded subway after torrential rains inundated central China, paralysing several cities and causing millions of dollars in damage.

River embankments were breached in record downpours across Henan province.

President Xi Jinping described the situation as "extremely severe" with flood control measures said to be entering a "critical stage".

Around 200,000 residents were evacuated in Zhengzhou, local government officials said, as soldiers led rescue efforts in the city of over 10 million people which saw the equivalent of a year's average rain dumped on it in just three days.

The rainfall in the region was the heaviest since record-keeping began 60 years ago, coming as scientists say climate change is worsening flooding around the world, alongside other increasingly extreme weather patterns. 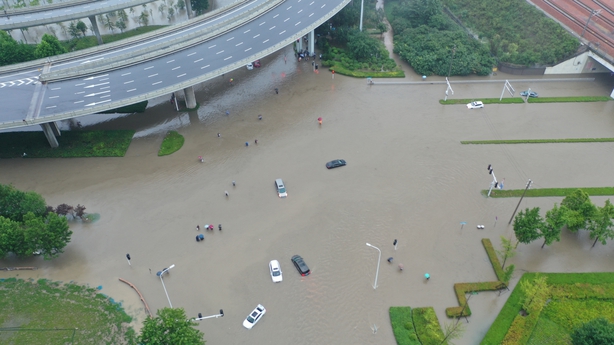 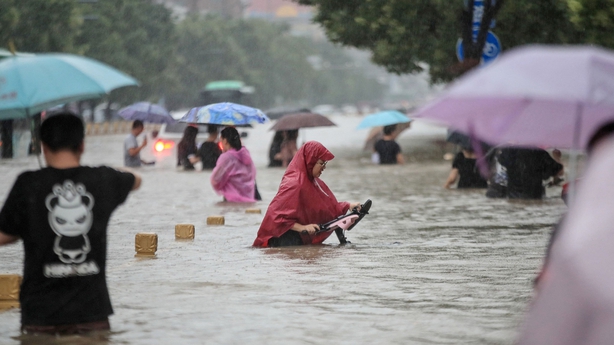 Images shared on social media showed shocked passengers contending with the chest-high waters inside a train carriage. Rescuers cut open the roof off the coach to pull people to safety, local media reported.

Others showed dramatic rescues of pedestrians in Zhengzhou from torrents gushing through the streets.

Outside one road tunnel, AFP saw dozens of abandoned cars in rows, some half-submerged in water.

At least four were killed in nearby Gongyi city where houses and walls have collapsed, the official Xinhua news agency said, adding that rainfall had caused multiple landslides.

Relatives outside Zhengzhou made anxious pleas on China's Weibo for information as communications to the city went down.

Authorities have issued the highest warning level for Henan province as floods continue to hammer the region, with landslides blocking many roads, villages evacuated, tourist sites closed and large areas left without communication.

The body for cultural heritage warned some key heritage sites had suffered water damage, including the Shaolin temple - a famous monastery and school for martial arts - and the Longmen Grottoes, a UNESCO heritage site of stone Buddhist carvings dating back to the fifth century.

Henan is the birthplace of traditional Chinese martial arts, and home to many kung fu academies.

As the scale of the disaster continued to unspool and the damage ran into tens of millions of dollars, the Chinese army said it had averted the collapse of the stricken Yihetan dam around an hour from Zhengzhou city.

This morning, the People's Liberation Army said blasting operations had been carried out at the dam and troops had "successfully opened a new flood diversion opening".

These measures meant the water level had dropped and the "danger has been effectively controlled".

Thousands of soldiers have been deployed to other rivers nearby to reinforce embankments with sandbags as the floods fanned out across Henan and warnings were issued for other near breaches of dams.

"Some reservoirs had their dams burst ... causing serious injury, loss of life and property damage," Xi Jinping said, according to state broadcaster CCTV.

"We have already entered the critical stage of flood control, leaders and cadres from all walks of life must ... take the lead in commanding, quickly organise forces for flood protection and disaster rescue."

Annual floods during China's rainy season cause chaos and wash away roads, crops and houses.

But the threat has worsened over the decades, due in part to widespread construction of dams and levees that have cut connections between the river and adjacent lakes and disrupted floodplains that had helped absorb the summer surge. 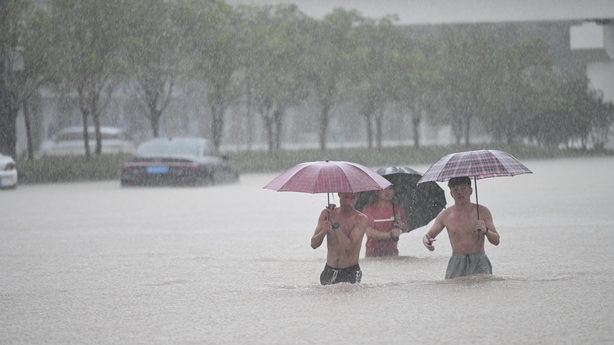