The Indian Navy mounted a massive air and sea rescue mission on Tuesday for 81 oil workers and crew whose barge sank in heavy seas following a powerful cyclone that tore up the west coast killing at least 29 people.

Around 180 of those on board the barge, which sank off the coast of Mumbai, were rescued from the huge waves, the navy said.

The cyclone has piled up pressure on the government at a time when India is grappling with a staggering rise in coronavirus cases and deaths as well as a shortage of beds and oxygen in hospitals.

"This is one of the most challenging search and rescue operations I have seen in the last four decades," Murlidhar Sadashiv Pawar, Deputy Chief of Naval Staff, told Reuters partner ANI on Tuesday.

Navy spokesman Vivek Madhwal said waves reached 20 to 25 feet, amid poor visibility. Three more barges were adrift near the Gujarat coast but rescue operations were said to be under control.

The storm made landfall in Gujarat state on Monday and was expected to weaken overnight, the Indian Meteorological Department said.

"The cyclone is expected to cross Gujarat by early morning tomorrow (Wednesday) and weather conditions are expected to return to normal by tomorrow," Gujarat Chief Minister Vijay Rupani said.

He added that 160 state roads had been destroyed, 40,000 trees uprooted and several houses damaged.

Navy spokesman Madhwal said five ships backed by surveillance aircraft were scouring the site of the sinking of the barge "P305" in the Bombay High oilfield, where the country's biggest offshore oil rigs are located.

On Monday, the crew sent an SOS that the ship had lost control as the cyclone roared past Mumbai. Naval ships were sent to the area and on Tuesday, as the barge started sinking, many of the crew were rescued from the sea. 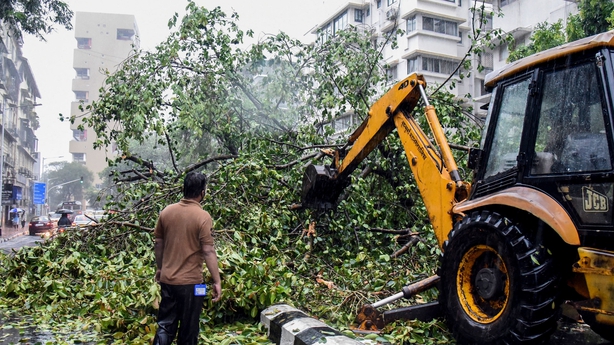 The oilfields are around 70 km southwest of Mumbai. The barges are deployed by Afcons Infrastructure Limited, a construction and engineering company based in Mumbai, and were engaged in contract work awarded by Oil and Natural Gas Corp, country's top exploration company.

Afcons did not immediately respond to an email seeking comment, while ONGC said in a statement it was extending help to the navy and coastguard in the rescue effort. 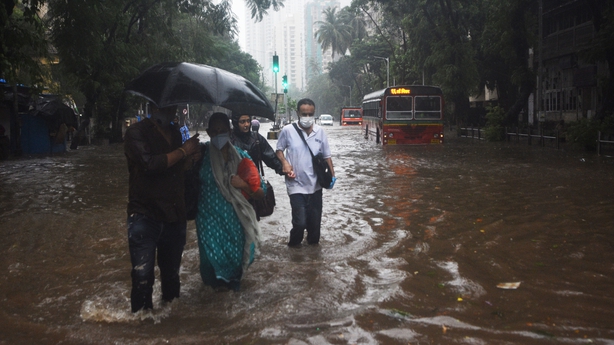 More than 200,000 people had been evacuated from their homes in Gujarat before Tauktae, packing gusts of up to 210 kph, made landfall.

No damage has been reported at refineries located in Gujarat and sea ports that were expected to be in the storm's path.