Angela Merkel's party early has firmly backed Armin Laschet to be the conservative bloc's chancellor candidate at Germany's upcoming elections, hoping to draw a line under a bitter battle with challenger Markus Soeder.

After more than six hours of talks, 46 executive board members of the Christian Democratic Union (CDU) held a secret online ballot that resulted in 77.5% support for party leader Armin Laschet.

Mr Soeder, who is more popular than Mr Laschet in opinion surveys, had earlier said he would accept the CDU's decision and step aside "without resentment" if senior members favoured his rival.

The late-night vote marked the culmination of a bruising week-long power struggle that has brought Ms Merkel's once stable CDU-CSU alliance to the brink of implosion.

With just five months to go before the 26 September election, when Ms Merkel bows out after 16 years in power, the conservatives' poll ratings have plummeted recently over their handling of the coronavirus pandemic. 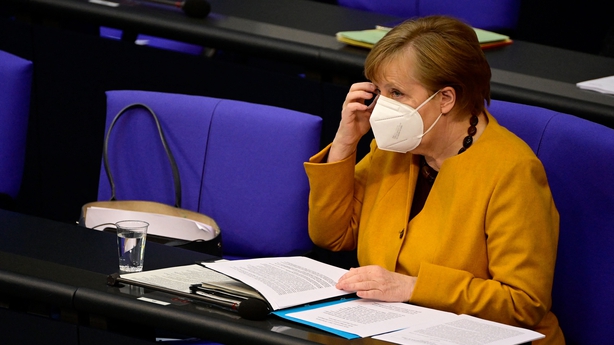 Elected as head of the CDU in January, Mr Laschet would usually be the obvious choice to lead the centre-right CDU and its Bavarian CSU partner into the elections.

But the 60-year-old has been panned in recent months for flip-flopping on measures aimed at curbing the virus spread in his state, even attracting criticism from Ms Merkel herself.

Mr Laschet's claim to be chancellor candidate has been fiercely contested by Mr Soeder, 54, who after months of keeping Germans guessing about his ambitions finally announced his bid for the top job on 11 April.

Ms Merkel has not weighed in on the row, saying last week: "I wanted to, want to and will stay out of it."

Participants at the marathon talks told German media that Ms Merkel sat in on the video conference but did not contribute to the discussions, with some observers reading into her silence a lack of support for Mr Laschet.

Mr Soeder told reporters yesterday that the CDU, as "the bigger sister party" had the ultimate say in who to send into the race for Ms Merkel's job.

"We don't want to and we won't see a rift between the CSU and the CDU," he insisted. 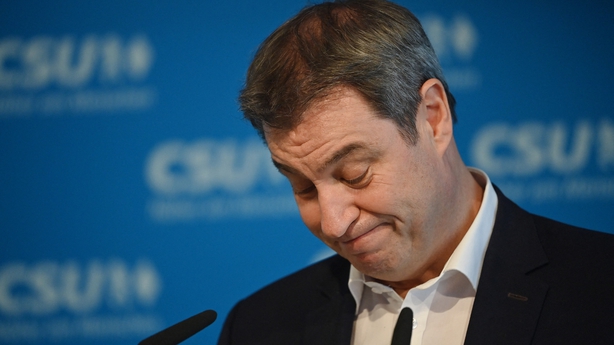 A recent poll by public broadcaster ARD showed 44% of Germans in favour of Soeder as most qualified as the CDU-CSU's chancellor candidate. Laschet only had 15% of support.

It remains to be seen whether the CDU's internal vote marks the end of the conservative tug-of-war, with CDU-CSU parliamentarians set to hold a meeting later today.

Addressing the late night video conference, Volker Bouffier, regional premier of Hesse state who supports Mr Laschet, warned that the board's decision "may not be accepted" by the party base.

The squabbles have damaged the alliance's standing at a time when Europe's biggest economy is struggling to end a pandemic that has killed 80,000 and ravaged thousands of businesses and livelihoods.

The chaos in the conservative camp also stands in stark contrast to the centre-left Green party, polling second behind the CDU-CSU, which yesterday announced co-chair Annalena Baerbock as its chancellor candidate at a slick press event with no signs of strife.

Congratulating Ms Baerbock on the nomination, Mr Laschet promised a "fair election campaign" and urged parties to be "respectful" of each other in a veiled warning to Mr Soeder.