A faithful dog waited for her owner outside a hospital in Turkey for almost a week until he was discharged after undergoing treatment for a brain condition.

The small, mix-breed dog named Boncuk was rewarded for her loyalty with an emotional reunion when 68-year-old Cemal Senturk finally left hospital in the northeastern city of Trabzon.

Mr Senturk was taken to hospital on 14 January after a brain embolism, according to media reports. 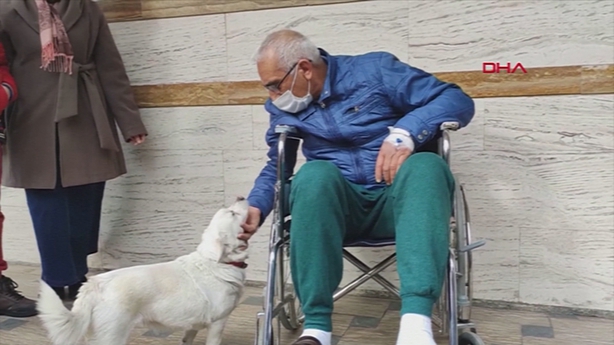 Boncuk, whose name means "Beads" in reference to her hazel eyes, followed the ambulance, and immediately began her vigil outside the entrance, returning every morning thereafter.

She was occasionally fed by hospital staff.

"She doesn't pose a danger to anyone. Everybody noticed the relationship between the dog and her owner. It makes everybody happy," the hospital's communications director Fuat Ugur said.

A faithful dog waited for her owner outside a hospital in Turkey for almost a week until he was discharged after undergoing treatment for a brain condition | https://t.co/4Lof8tLTuI pic.twitter.com/DDKq4g0Szz

Mr Senturk's daughter tried to take the dog home several times, but said that she kept running away to return to the hospital. 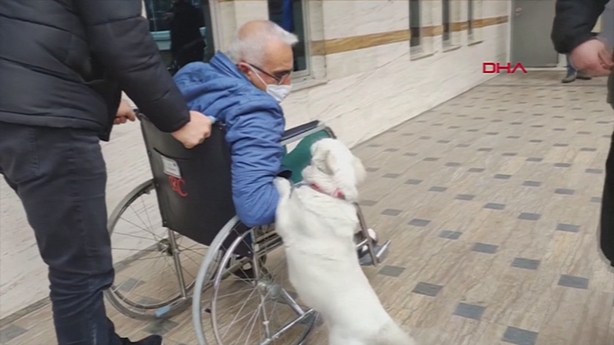 When Mr Senturk finally left the hospital this week, an overjoyed Boncuk ran alongside his wheelchair, jumping up to be petted and wagging her tail.

"It makes a person very happy. The dog is very close to us, like a human being, and it makes you happy," Mr Senturk said.