A massive radio telescope at Puerto Rico's Arecibo Observatory - one of the world's largest - has collapsed after sustaining severe damage since August, officials said, following 57 years of astronomical discoveries.

No injuries were reported, it added.

The telescope, which received radio waves from space, had been used by scientists around the world to hunt for possible signatures of extra terrestrial life, study distant planets and find potentially hazardous asteroids. 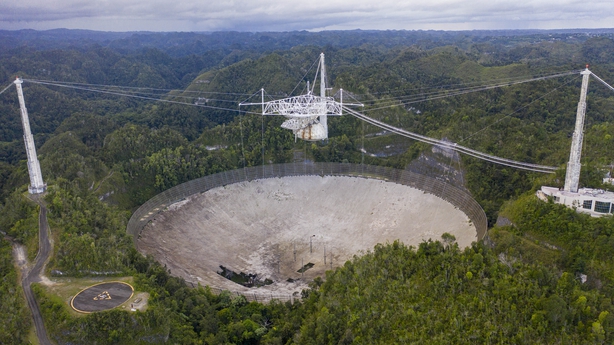 It also gained fame after pivotal scenes in the 1995 James Bond film Golden Eye starring Pierce Brosnan were shot there.

Two cables supporting the reflector dish had broken since August, causing damage and forcing officials to close the observatory as engineering firms retained by the University of Central Florida, which manages the observatory, studied ways to repair the damage.

Last month, the engineering reviews led the NSF and the university to conclude that efforts to repair the structure would be too dangerous and that it would have to be demolished. 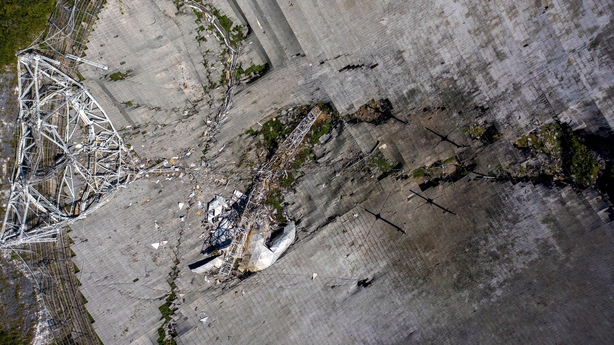 The observatory also includes other scientific assets such as a 12-metre (40ft) telescope used for radio astronomy research and a facility used to study the Earth's upper atmosphere and ionosphere.

The observatory's learning centre, located next to the telescope, sustained significant damage from falling cables, the NSF said.

"We are saddened by this situation but thankful that no one was hurt," NSF director Sethuraman Panchanathan said in a statement.

"Our focus is now on assessing the damage, finding ways to restore operations at other parts of the observatory, and working to continue supporting the scientific community, and the people of Puerto Rico."