Rescuers in India have pulled a four-year-old boy from the rubble of a collapsed building, hours after the five-storey apartment block came down "like a house of cards", burying up to 70 people.

The accident last night in the town of Mahad, south of Mumbai, forced three disaster response teams to work through the night, combing tin sheets, twisted metal and broken bricks.

Officials said many residents of the 47 flats inside the building were spared because they had already fled the town to escape the coronavirus pandemic.

The cause was not immediately clear but building collapses are common during India's June-September monsoon, with old and rickety structures buckling after days of non-stop rain.

Estimates of the number still trapped ranged from 20 to 70 after dozens managed to flee when the building began to shake. 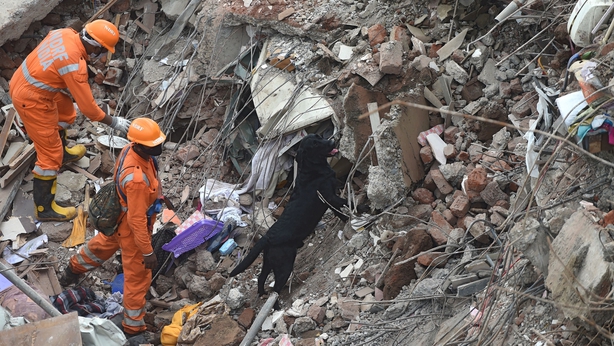 "No one knows how many people are actually stuck inside," a Mahad police official told AFP on condition of anonymity, adding that authorities had initially feared the worst, with early estimates as high as 200.

Another official said many of the building's occupants appeared to have been out shopping when the accident occurred around 7pm local time.

"As per latest estimates, we think 20 people are trapped inside," he said. 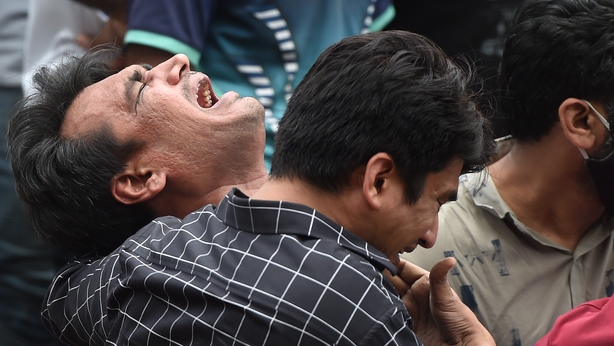 Others had left the town altogether, preferring to wait out the pandemic in their home villages.

Prime Minister Narendra Modi tweeted that he was "saddened".

"My thoughts are with the families of those who lost their dear ones. I pray the injured recover soon," he said.

The death toll from monsoon-related disasters this year has topped 1,200, including more than 800 in India.

The building collapse is a further blow to the state of Maharashtra, already hit hard by the coronavirus, with the region accounting for over a fifth of India's more than three million infections.

The pandemic has also cast a shadow on India's ongoing Ganesha Chaturthi festival, with Hindu devotees ordered to sharply scale down celebrations and rituals honouring the much-loved elephant god.