Rains that began early on Saturday on the island of Kyushu have already caused widespread damage across a swathe of the southwestern portion of the country, causing rivers to burst their banks and hillsides to collapse.

As the weather front moved north, the Japan Meteorological Agency warned of heavy rain in central Gifu and Nagano prefectures, but downgraded its advisories from their top level. Evacuation orders were lifted for hundreds of thousands of people.

Nevertheless, a JMA official warned of "an unprecedented level" of rain for parts of central Japan.

"Especially in areas designated as high risk for landslides and flooding, the possibility is extremely high that some kind of disaster is already happening," he added. 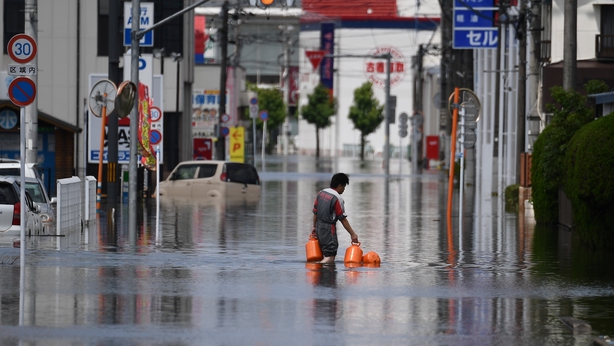 At least 80,000 rescue workers have already been deployed to reach survivors stranded by flooding and landslides, with another 10,000 troops to join them.

The toll in the disaster has risen steadily as the rescue operation continues.

More than a dozen people are still missing and authorities are investigating whether six other deaths are linked to the disaster.

In hardest-hit Kyushu, the rains had mostly stopped by this morning, leaving residents to pick up the pieces.

Keisuke Masuda, a 67-year-old resident of Hitoyoshi city told the Jiji news agency he had watched in horror as a tide of water from the swollen nearby Kuma river carried away a neighbour.

"He was swept away right before my eyes," Masuda said.

The elderly man had been clinging to a bush trying to withstand the flood water but eventually could hold on no longer, Masuda said, describing his neighbour waving to his wife as he was washed away.

"I was overcome with a sense of helplessness," Masuda added.

Elsewhere in the city, Naomi Nishimura told Japan's NNN broadcaster that her parents died after refusing to leave their home.

"Even though a neighbour came over and pleaded with my parents to evacuate, they didn't go... because I had told them that I'd come home (that day)," the tearful woman said as she attempted to clean her parents' flood-devastated home.

Non-mandatory evacuation orders were lifted in many places, though nearly 900,000 people were still under the warnings. 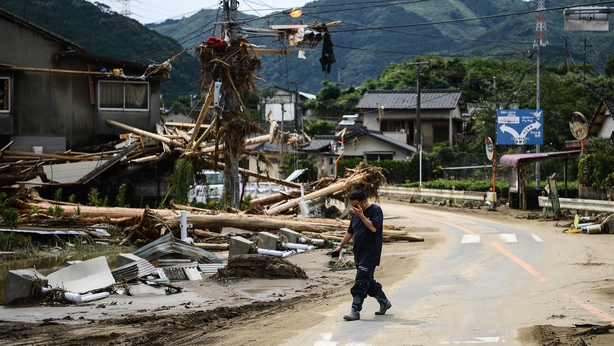 The coronavirus has complicated evacuation efforts, with the need to maintain social distancing reducing capacity at shelters.

Japan has been relatively lightly affected by the pandemic, with just over 20,000 cases and fewer than 1,000 deaths.

But local media reported some people were preferring to sleep in cars rather than risk infection at shelters.

At some facilities, cardboard was used to separate families and try to reduce the risk of infection.

Yoshihisa Nakamoto, head of the JMA forecasting division, told reporters the rain front would linger until at least Friday and a wide swathe of the country... will likely have heavy rains."

"Please be extremely vigilant for potential landslides, flooding rivers and inundation on low-lying areas," he warned. 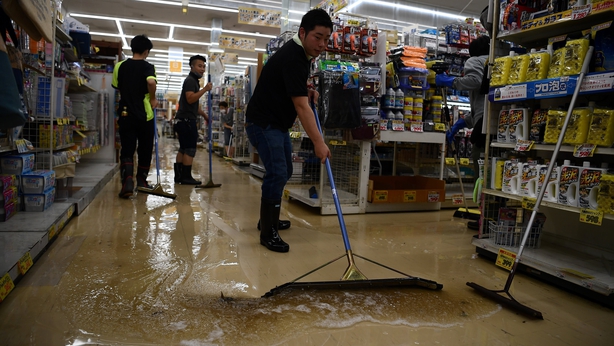 Japan is in the middle of its annual rainy season, which frequently unleashes deadly floods and landslides.

In 2018, more than 200 people died in devastating floods in western Japan.