Several people have been killed in the US state of Wisconsin after a sacked former employee opened fire at the Milwaukee campus of a brewing company, with reports of up to six dead in addition to the gunman.

"There are multiple fatalities ... I believe including the shooter," Milwaukee mayor Tom Barrett told reporters after visiting the scene.

"It's a horrible, horrible day for the employees," he said, urging residents to stay away from the area.

US media including ABC News and the local Fox affiliate reported the gunman had been fired earlier in the day from the beer giant, which owns the Coors and Miller brands.

The local CBS affiliate said the gunman appeared to have stolen the nametag of another employee before returning to the office complex with a gun.

There were some initial conflicting reports about the death toll.

Police tweeted that the scene remained "active", but that there was no longer an "active threat".

The Chicago division of the Bureau of Alcohol, Tobacco, Firearms and Explosives was also on site. 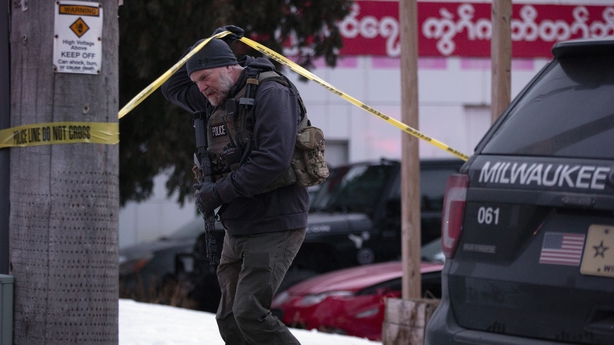 Molson Coors said it was working with the police department, adding: "Our top priority is our employees."

The Journal Sentinel earlier quoted the husband of a brewery employee, Lasonya Ragdales, as saying she was informed by the company of an active shooter on the premises, and was texting him while locked in a room with co-workers.

Nearby schools were also placed on lockdown.

Known until last year as MillerCoors, the beer company announced in October 2019 that it would undergo a large restructuring and officially changed its name to Molson Coors Brewing Co.

It also moved its North American headquarters office from Denver to Chicago and shifted hundreds of corporate office jobs to Milwaukee.

The company was expected to cut 400 to 500 jobs throughout the organisation during the restructuring.

The Milwaukee shooting is the latest in a long list of gun-related violence in the US, which saw a record 417 mass shootings in 2019, according to the research group Gun Violence Archive.