Australia's months-long bushfires crisis will likely be over within days, as heavy rainfall extinguished several massive blazes and was forecast to douse dozens more as downpours swept south.

Days of torrential rains have caused flash flooding in New South Wales and Queensland, dampening once-raging fires that volunteers had battled in vain for months.

Sydney experienced its wettest period in 20 years amid several days of heavy rainfall that led to chaotic scenes across the city.

The Bureau of Meteorology said 391.6mm of rain fell in Sydney over the past four days the highest total in such a period since 414.2mm were recorded in February 1990.

Several major bushfires have been extinguished by the deluge, including a "mega-blaze" that burned through 500,000 hectares north of Sydney and a similar-sized fire to the city's south, bringing relief to residents and firefighters. New South Wales Rural Fire Service spokesman James Morris said about 30 fires were still burning today, but it was expected they would soon be extinguished as the rain moves south in the coming days.

"By the end of the week it's likely they will be out," he told AFP.

For the latest weather and warnings info visit https://t.co/S3esdnhzve and follow advice from emergency services. pic.twitter.com/mNS358eurc

Drought-stricken areas across the country's east also received welcome downpours but more sustained and widespread rainfall will be needed to offset a years-long dry spell.

The stormy weather has brought days of chaos and destruction, with one man missing after his car was swept off a road in Sydney's north and hundreds more rescued from floodwaters across the state.

Police said a search was under way for the missing man but no sign of him or his vehicle had been found.

Several rivers, including the Parramatta River in Sydney's west, overflowed while residents living near Narrabeen Lagoon in the city's north were ordered to evacuate late Sunday amid fears their homes could be inundated. 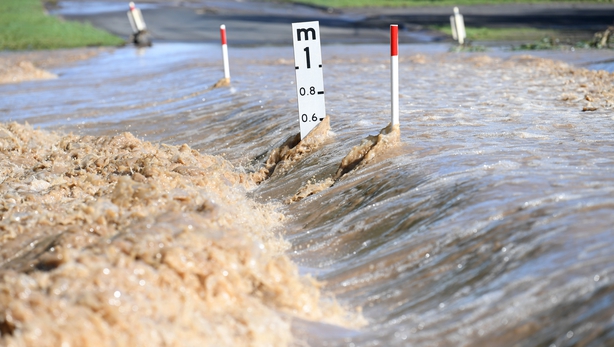 Almost 90,000 homes remained without power Monday, with utility providers warning it could take days for electricity to be restored in some areas.

The Insurance Council of Australia said insurers had received an estimated Aus$45 million ($30 million) in claims by early Monday, with that figure expected to rise as the full extent of the damage becomes clear.