A Japanese bidder may be feeling the pinch after forking out $46,000 at auction for a snow crab - a price that "probably set a new world record", local officials said.

The winter seafood delicacy is in season from this week in the western Tottori region, where the crustacean was snapped up for a final price of five million yen.

In Japan, buyers often pay eye-watering sums to secure a seasonal first at auction, from tuna to melons, with media attention guaranteed.

"I was surprised it went for such a high price," local government official Shota Inamoto told AFP of the crab that weighed in at 1.2Kg (2.6lbs pounds) and measured 14.6cm (5.7in) across. 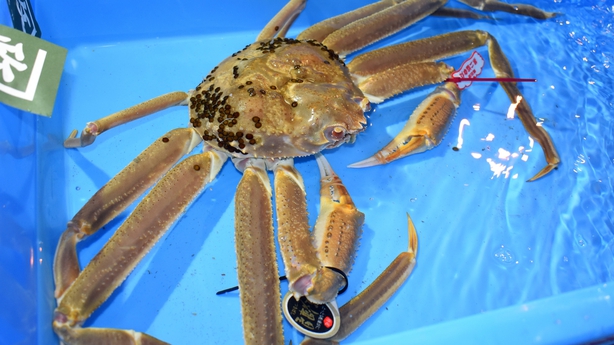 According to Mr Inamoto, the price exceeded last year's record price of two million yen, which was registered at the time in the Guinness World Records for most expensive crab.

"The crab this year beat the record price last year, so we believe this is probably the most expensive crab in the world," he said, adding the government will consider applying for Guinness certification again.

The crab was purchased by a local retailer, and will be served at a high-end Japanese restaurant in Tokyo's glitzy Ginza district, local media reported.

In January, a Japanese sushi entrepreneur paid a record $3.1 million for a giant tuna at Tokyo's new Toyosu fish market while a single pair of premium melons last year fetched a record $29,300 at auction.