Four South Korean crew members of a massive cargo ship were rescued yesterday after a hole was cut into the steel hull of the capsized vessel, the US Coast Guard said.

A rescue operation was launched after the MV Golden Ray listed and caught fire in St Simons Sound off the coast of Brunswick, Georgia.

Three of the crew had been rescued yesterday afternoon and the operation continued to free the final trapped crew member.

US Coast Guard Captain John Reed told reporters the fourth crew member had been "stuck behind glass in an engineering control room" of the vessel, which is lying on its side after capsizing on Sunday. 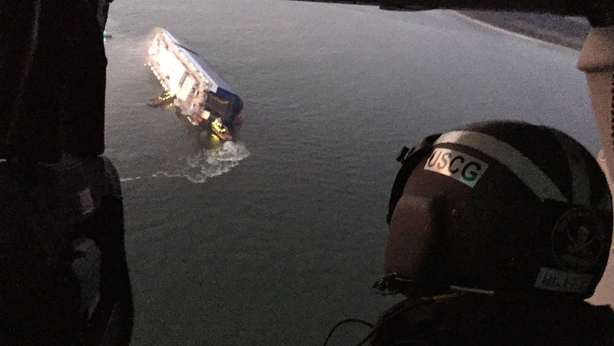 Nineteen members of the crew of the MV Golden Ray and an American harbour pilot were rescued on Sunday after the cargo ship became disabled and capsized.

Rescue efforts were called off during the night because of the fire, leaving four crew members trapped in the engine room of the vessel. 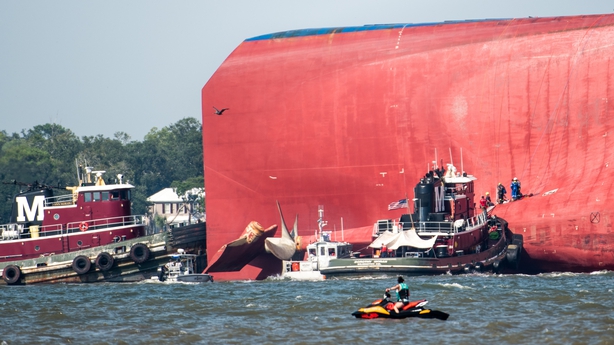 Mr Reed said the coast guard had made contact with the trapped crew members yesterday by tapping on the side of the ship.

A 60cm by 1m hole was then cut into the hull to rescue them.

Mr Reed said they were in relatively good condition "for having spent 34, 35 hours in the conditions they were in".

"They were subject to some pretty tough conditions," he said. "I know they were super happy to be out of that space."

The 200-metre-long Golden Ray was transporting vehicles when it capsized.

The coast guard plucked crew members off the ship overnight using a hoist from an MH-65 helicopter.

According to the South Korean foreign ministry, 13 of the rescued crew members were from the Philippines, six from South Korea and one an American.

The four trapped crew members were all South Koreans.

The MV Golden Ray is owned by Hyundai Glovis, the logistics arm of the South Korean car Hyundai, but flies the flag of the Marshall Islands.