The White House calls it "a vision to empower the Palestinian people", the Palestinian Authority says it is "simply nonsense". What is 'Peace to Prosperity' and why is it causing such controversy?

'Peace to Prosperity' is an economic workshop taking place in Manama, the capital of Bahrain, from 25 to 26 June 2019, jointly sponsored by the US government and the Bahraini royal family.

The conference is based on a 40-page document of the same name produced by the White House.

'Peace to Prosperity', which calls for investment in the Palestinian territories, is the brainchild of President Trump's son-in-law Jared Kushner, adviser Jason Greenblatt and US Ambassador to Israel David Friedman.

The document proposes a three-stage programme of investment of more than $50 billion in over 170 projects in Gaza and the West Bank.

The money would be split between the Palestinian Territories ($27bn) and neighbouring countries Egypt, Jordan and Lebanon.

Infrastructure, education and public sector reform are among some of the main areas for investment outlined in the document.

Who will pay for the measures outlined in the document?

"International partners" are mentioned in the 'Peace to Prosperity' document.

Gulf Arab states are the obvious candidates, given their resources and the location of the conference.

The US's co-sponsorship of 'Peace to Prosperity' means it is highly likely that it too would donate.

The role of private sector companies is mentioned throughout the document. 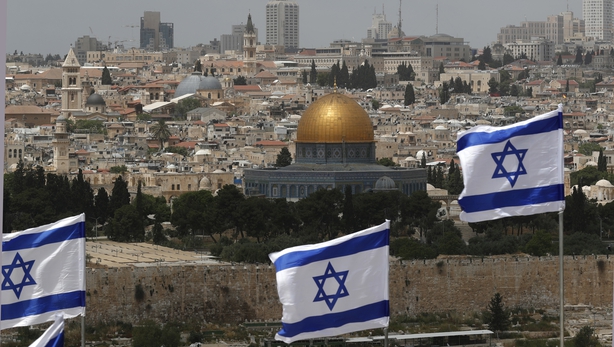 Why is it causing such controversy?

Before the detail in the document was known, the Palestinian Authority and the US were already at loggerheads over the US decision to move its embassy to Jerusalem, which was seen by Palestinians as supporting the Israeli claim to the whole of the city.

The US has also defunded the UN Relief and Works Agency (UNRWA), the body set up to support Palestinian refugees in 1948.

UNRWA runs schools, healthcare facilities and other social services in the West Bank and Gaza.

Much to the chagrin of the Palestinian Authority, the 'Peace to Prosperity' document does not mention the words "occupation" or "settlement". 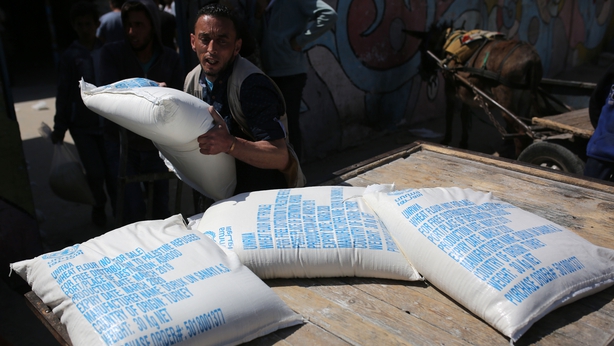 Why is that significant?

The West Bank has been under Israeli occupation since the 1967 Arab-Israeli war.

In East Jerusalem and the West Bank, more than 600,000 settlers live in around 200 settlements, which are regarded as illegal under international law.

Restrictions on the movement of Palestinians of various kinds are enforced by the Israeli civil and military authorities. 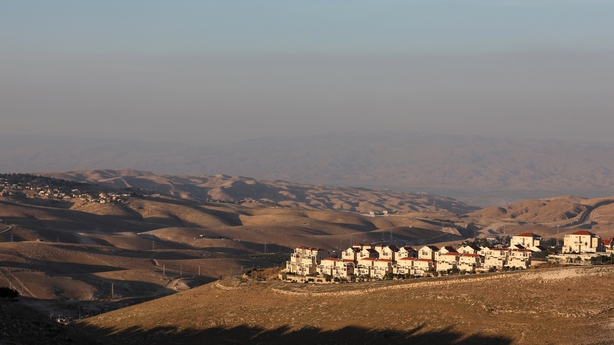 The UN's Office for the Coordination of Humanitarian Affairs says that the "major drivers of humanitarian vulnerability in the OPT (Occupied Palestinian Territories) are the protracted occupation, the systematic denial of Palestinian human rights, and continuing conflict, punctuated by frequent outbreaks of violence".

Are the issues of concern to the UN mentioned at all?

There are a number of vague euphemisms in the 40-page document which, if closely read, could be interpreted as a reference to the impact of occupation on the lives of Palestinians.

However, the document is entirely focused on fiscal and economic matters, rather than political issues.

How have the proposals been greeted?

Israeli Prime Minister Benjamin Netanyahu said in a speech last week that the 'Peace to Prosperity' meeting in Bahrain was "a very important conference, which we welcome".

Senior Palestinian diplomat Saeb Erekat said in a statement that "full economic potential can only be achieved by ending the Israeli occupation".

Hundreds of Palestinians protested yesterday about the conference in Bahrain. More protests have been called for today. 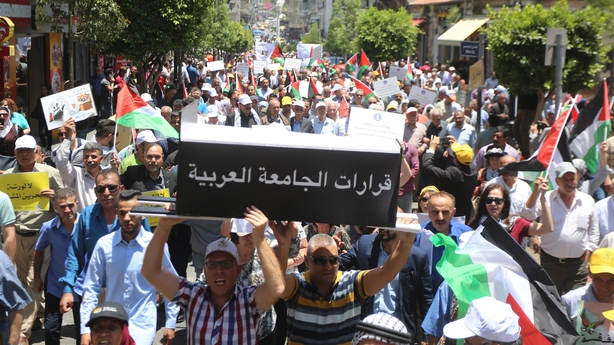 White House Special Representative Jason Greenblatt tweeted on the eve of the conference: "The PA (Palestinian Authority) is calling for demonstrations against the Bahrain workshop.

"Tells you everything you need to know about their priorities & intentions. Their leadership is happy w/ the status quo & would rather Palestinians suffer than at least explore a different path for a better future."

The Palestinian Authority will not be attending the conference. Israeli business figures will attend, but Israeli politicians will not be in attendance.

Will 'Peace to Prosperity' help or hinder the peace process?

Most analysts of Israeli-Palestine relations would say there is no peace process at the moment, only stalemate.

According to Ofer Zalzberg of the International Crisis Group, the conference will do little to advance a new Trump-style approach to the issue, beyond the photo ops of Israeli and Arab businessmen meeting in Manama.

He tweeted that all the Arab countries sending representatives to Manama expressed their support for a two-state solution, lest their attendance be seen as a softening on the issue.

"All attending Arab countries do so after declaring unyielding commitment to the traditional peace-making positions which the Trump administration worked to shift," he tweeted.