US President Donald Trump has said he will impose additional sanctions against Iran in an effort to prevent the country from obtaining nuclear weapons, adding that military action was still a possibility.

Mr Trump, who was speaking to reporters at the White House, made his comments after recently calling off military actions against Iran to retaliate for the downing of a US military drone.

Mr Trump said that he would be Iran's "best friend" and that the Islamic republic could be a "wealthy" country if it renounced nuclear weapons.

Mr Trump said he has many friends who are Iranian, who are "high quality people"

His comments come after Iran earlier said it would respond firmly to any US threat, according to state media.

On Thursday, an Iranian missile destroyed a US Global Hawk surveillance drone.

Tehran repeated today that the drone was shot down over its territory. Washington said the incident had occurred in international airspace.

Mr Trump said on Friday he aborted a military strike to retaliate because it could have killed 150 people, and signalled he was open to talks with Tehran.

"Regardless of any decision they (US officials) make ...we will not allow any of Iran's borders to be violated. Iran will firmly confront any aggression or threat by America," Foreign Ministry spokesman Abbas Mousavi told the Tasnim news agency. 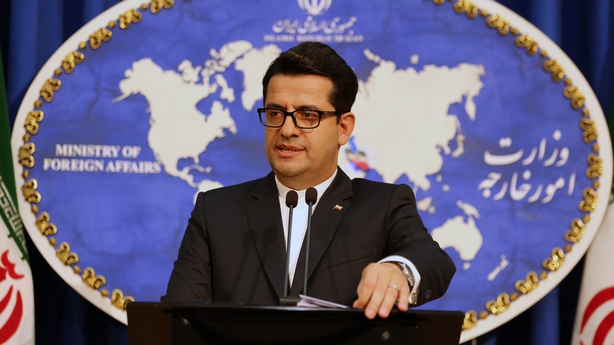 Worries about a confrontation between Iran and the United States have mounted despite Mr Trump saying that he has no appetite to go to war with Iran.

Tehran has also said it is not seeking a war but has warned of a "crushing" response if attacked.

"Any mistake by Iran's enemies, in particular America and its regional allies, would be like firing at a powder keg that will burn America, its interests and its allies to the ground," the senior spokesman of Iran's Armed Forces, Abolfazl Shekarchi, said.

A senior commander of the elite Revolutionary Guards struck a similarly defiant note, in comments quoted by the Islamic Republic News Agency (IRNA).

"This is our response to a violation of Iranian space and if the violation is repeated then our response will be repeated," said Brigadier General Amirali Hajizadeh, head of the Guards' aerospace division.

"It's possible that this infringement of the Americans was carried out by a general or some operators."

Iran's Foreign Ministry summoned a diplomatic representative of the United Arab Emirates on Saturday because the UAE allowed the drone that was shot down to be launched from a US military base on its territory, the Fars news agency reported. 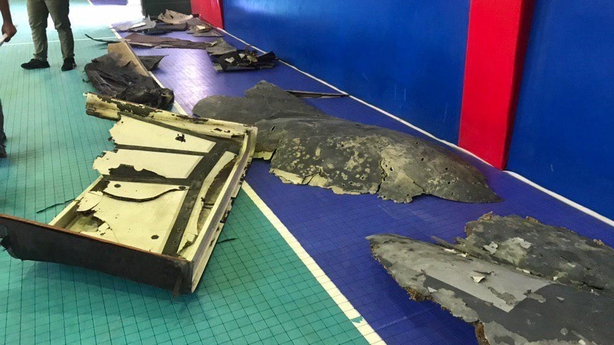 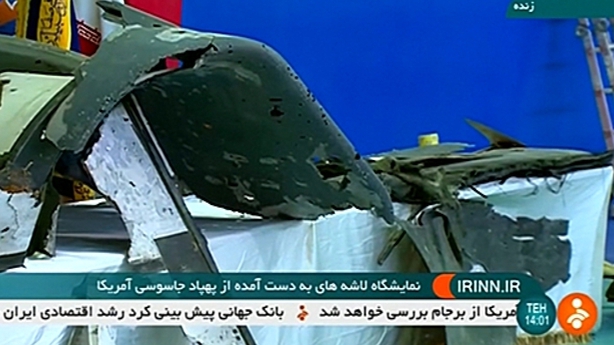 Tensions in the region began to worsen significantly when Mr Trump pulled out of a 2015 nuclear deal between Iran and six powers and re-imposed sanctions on the country.

The sanctions had been lifted under the pact in return for Tehran curbing its nuclear programme.

Over the past weeks the United States and Iran's main regional rival Saudi Arabia have also blamed Iran for attacks on two oil tankers last week in the Gulf of Oman and on four tankers off the United Arab Emirates on 12 May.

Both incidents happened near the strategic Strait of Hormuz, a major conduit for global oil supplies.

Iran has denied any involvement in those incidents, but world powers are calling for calm and sending in envoys for talks to try to lower the temperature of a dispute that is already helping push up the price of oil.

The US Federal Aviation Administration on Thursday issued an emergency order prohibiting US operators from flying in an oversea area of Tehran-controlled airspace over the Strait of Hormuz and Gulf of Oman.

Some other international airlines are taking related precautions.

But Iran said today its airspace was "safe and secure" for all planes to cross, Tasnim reported.

Separately, Iran has executed a former contract employee for the aerospace organisation of the Ministry of Defence on charges of spying for the US Central Intelligence Agency, the IRIB news agency reported.

Jalal Hajizavar had left his post nine years ago and was convicted by a military court after an investigation which discovered documents and spying equipment at his home, the report said.