Calling him the "embodiment of evil," a US judge sentenced a 21-year-old man to life in prison for murdering a couple in their home in order to kidnap their 13-year-old daughter.

He broke into the home planning to kill the couple so that there would be no witnesses to his kidnapping their daughter Jayme, whom he had earlier seen boarding a school bus.

Despite a nationwide search, the young girl spent three months in captivity until she made a daring escape, running to a neighbour near the rural cabin where Patterson lived and had kept her locked away under his bed.

In handing down the maximum sentence of life without parole, Judge James Babler rejected defence attorneys' pleas for the possibility of parole in several decades' time.

He pointed to Patterson's statements in jail in which he allegedly admitted to fantasies of kidnapping multiple girls and killing their families in order to give meaning to his isolated life.

"There is no doubt in my mind that you are one of the most dangerous men to ever walk on this planet," Judge Babler said in the two-hour, emotionally charged court proceeding.

"You are the embodiment of evil, and the public can only be safe if you are incarcerated until you die," he added. 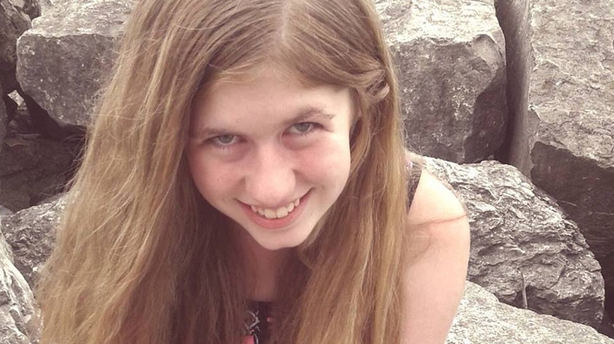 The hearing was the first time the public heard from Jayme, through a victim impact statement read by attorney Chris Gramstrup.

"It's too hard for me to go out in public. I get scared and I get anxious," she wrote, asking the judge for the maximum sentence.

Patterson, who often shook his head as the prosecution and the judge described his actions and statements, apologised for his crimes.

"I'll just say that I would do like absolutely anything to take back what I did," Patterson said, his voice breaking. "I don't care about me. I'm just so sorry."