It has been one of the most hotly anticipated US midterm elections in living memory and voters have now had their say.

The commander-in-chief said himself that it was an election on the migrant caravan, law and order, and "common sense".

It also turned out to be an election of firsts with what looks like the highest voter turnout in 50 years, a record number of women running, the most expensive races and doughnut pleas.

Here are five things we learned from the US midterms:

1. It’s not the economy, stupid

"It's the economy, stupid" was a phrase uttered by Bill Clinton’s campaign strategist James Carville in 1992.

For over two decades, it has served as a reminder that when it comes to elections, everyone should remain focused on the economy’s performance to engage voters.

Right now the United States' economy is booming, unemployment is at its lowest level since 1969 and wages are rising.

However President Donald Trump has turned his back James Carville's advice and put his attention and focus elsewhere.

Although he was not on the ballot paper, President Trump hit the campaign trail non-stop in the run up to the midterms.

Air Force one touched down on a flurry of states from Ohio to Texas to Florida as Mr Trump tried to cement the Republican Party's support.

He may have crisscrossed the country to different locations, but the message remained the same.

Labelling the migrant caravan an 'invasion', sending thousands of troops to the border and promising to put a stop to citizenship to undocumented immigrants’ babies born in the US, Donald Trump has been all about immigration.

President Trump has played to immigration fear, convinced that it is an animating issue for his base after he benefited from border wall talks and stringent immigration policies promises during his own presidential campaign.

A political advertisement, paid for by Donald Trump's campaign, was even banned from three major US TV networks and Facebook.

The ad falsely claimed Democrats let into the US an undocumented Mexican immigrant who murdered two policemen in 2014.

It also drew a direct connection between the migrant caravan heading for the US-Mexico border and crime.

For Donald Trump, 2018 is not about the economy, stupid, but immigration.

President Trump may be right, as new Google data shows that health-care and immigration were the two most searched-for topics during the midterms.

The economy didn’t even make it into the top five.

It will be something we will see and hear more of coming up to his 2020 campaign.

The midterms wasn’t exactly a blue wave or a red rally.

That being said, the tide turned pink as 2018 became a record-breaking year for the most women candidates running for office at high levels all the way down to state legislative levels.

There were 277 female candidates with a vast majority in the Democratic Party.

Academics argue that their motivations for moving into politics are due to their concerns about healthcare, the environment and the president in power.

Christine Hallquist was one of those to make US history this year, becoming the first openly transgender person to win a Democratic nomination for office.

However, she faced a tough battle against the incumbent Vermont governor, Republican Phil Scott. 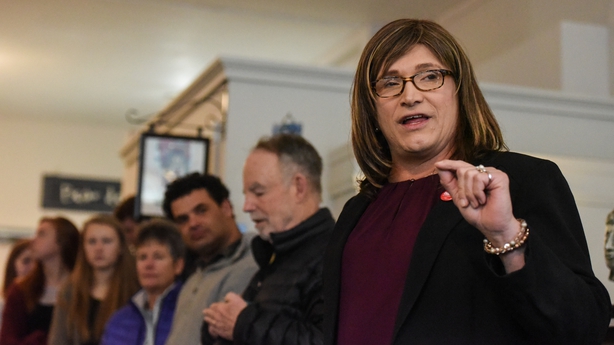 The high levels of women putting their names forward also resulted in more than 30 House races of women competing against women.

By the skin of her teeth and one percentage point, Republican Martha McSally beat Democrat Kyrsten Sinema to become Arizona’s first woman elected to the US Senate.

Somali refugee, Iihan Omar won a House of Representatives seat in Minnesota where she takes over from Keith Ellison, who was the first Muslim elected to Congress.

Rashida Tlaib, a social worker born in Detroit to Palestinian immigrant parents, won a seat in a district where she ran unopposed by a Republican candidate.

All eyes will be on 2019, to see what stamp ‘The Year of the Woman’ will have on Congress.

Voter turnout is usually abysmal for the midterm elections.

That was the lowest turnout in 70 years.

Four years later, things have seem to have gone in the other direction. 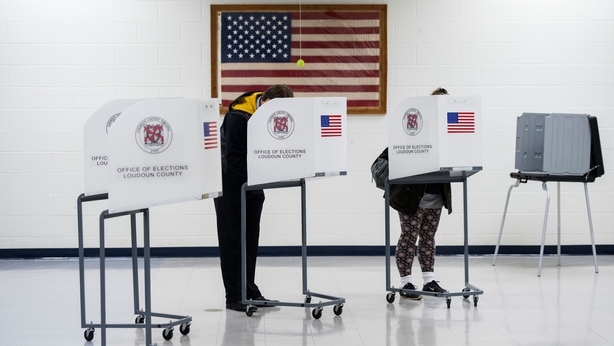 President Donald Trump has indeed been a polarising figure since he took the presidency.

He said that these midterms was a referendum on the job he has done so far.

The spike in voter registrations and higher numbers in early voting are clear indications that the electorate wanted to send a message to their president.

There were massive turnout rates in Florida, Georgia and Texas.

As experts and pollsters continue to crunch the numbers on this dramatic election, it’s thought that the overall voting number will be the highest in 50 years. 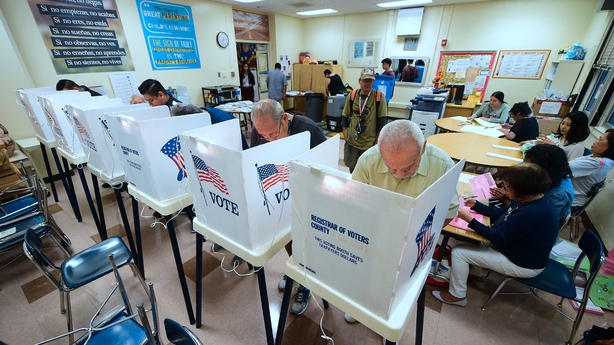 The results suggest that the United States continues to be divided in opinion about the route Donald Trump is taking.

Republicans have comfortably held on the Senate while the Democrats take House of Representatives for the first time in eight years.

But it’s mixed messages the American people sent to their president, split between support and protest.

As the midterms come to an end, another election is only beginning.

Today is effectively the launch of the 2020 Democratic presidential primary season, to see who will challenge Donald Trump for the presidency in two years.

The Democratic Party and its supports have been scouring the midterms campaign trail for inspiration to see who they will put forward as the Democratic nomination for president.

Some of those, have come out in front.

Winning her re-election as Senator for Massachusetts, Elizabeth Warren has made sure that her name stays in the 2020 realm. 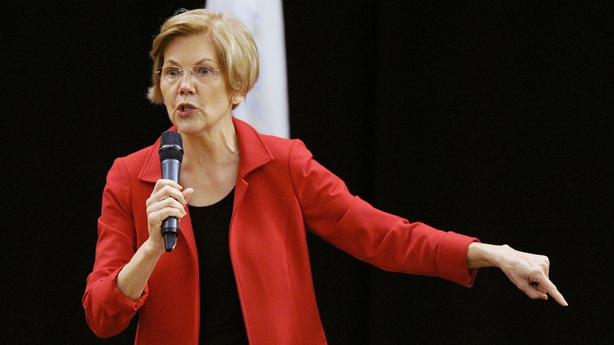 The liberal former Harvard Law School professor is a harsh critic of President Trump, who previously mocked her as 'Pocahontas' over her Native American roots.

The 69-year-old hasn't ruled out throwing her hat into the presidential 2020 ring, saying she will consider running for the White House once the midterms are over.

Her decision will now be sooner, rather than later.

The 75-year-old has said he's "sick and tired" of the Trump administration. 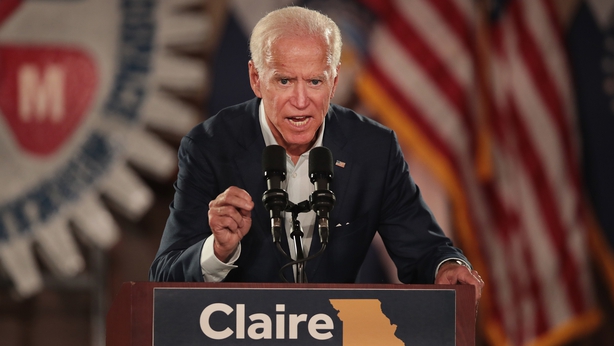 He has run for the presidency twice, both unsuccessfully.

Further fuelling rumours, Joe Biden said recently he will decide on a presidential bid by January 2020.

Could this be third time lucky?

Almost a year ago, Oprah Winfrey raised eyebrows around the world after delivering a politically polished speech while accepting an award at the Golden Globes.

It was so impressive that people speculated that she might be thinking about running for president.

However, the 64-year-old played that down in a British Vogue interview saying a presidential run "would kill me". 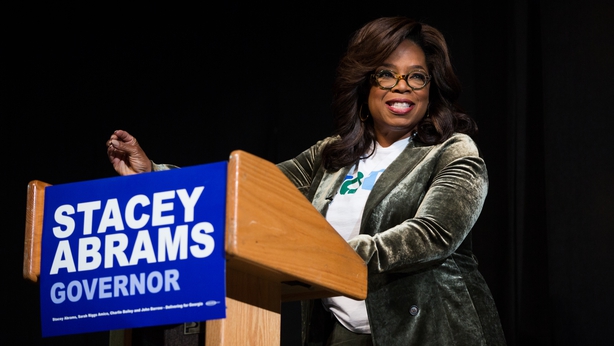 The billionaire media mogul fuelled the rumours by campaigning for Georgia’s Stacey Abrams to become the first black governor. But earlier this week as she took the stage at the Ambassador's for Humanity Gala she responded to a woman who shouted "Oprah for president" saying "Thank you, but no thank you".

Former US President, Barack Obama was trying to sweeten up voters in Virginia during the 11th hour of campaigning.

During a speech, he said that the character of the United States and what kind of future politics the country expects is on the ballot.

With the results of those ballots in, the American people decided that they want the Democrats to take over the House of Representatives but keep the Republicans in the Senate.

But the Democrats now have new powers to shape Donald Trump's remaining first term in office.

They can now launch investigations, upturn the president’s legislative agenda and even begin an impeachment trial towards a federal officer, including the president.

As the Republicans hold on to the Senate, the chances of government shutdown increases as the two chambers are unlikely to agree on funding.

The Democrats have now become an unwanted, uncooperative player on the sidelines for team Donald Trump and the GOP.

This two year game between the sides is about to kick off.

Read: Democrats to retake US House, Republicans to hold Senate