Europe's largest economies lobbied to protect their companies' investments in Iran today, seeking to keep the nuclear deal with Tehran alive after Washington pulled out and threatened to impose sanctions on European companies.

Germany and France have significant trade links with Iran and remain committed to the nuclear agreement, as does Britain, and the three countries' foreign ministers plan to meet on Tuesday to discuss it.

That is part of a flurry of diplomatic activity following Tuesday's unilateral withdrawal from what US President Donald Trump called "a horrible, one-sided deal", a move accompanied by the threat of penalties against any foreign firms doing business in Iran.

German Chancellor Angela Merkel said ways to save the deal without Washington needed to be discussed with Tehran, while France's Finance Minister Bruno Le Maire said EU states would propose sanctions-blocking measures to the European Commission.

"Do we accept extraterritorial sanctions? The answer is no," Mr Le Maire told reporters.

"Do we accept that the United States is the economic gendarme of the planet? The answer is no."

British Prime Minister Theresa May and Mr Trump agreed in a phone call that talks were needed to discuss how US sanctions on Iran would affect foreign companies operating in the country.

Mrs May's spokeswoman said Mrs May had told Mr Trump that Britain and its European partners remained "firmly committed" to ensuring the deal was upheld as the best way to prevent Iran from developing a nuclear weapon.

Both Mr Le Maire and Germany's Finance Minister Olaf Scholz had spoken to their US counterpart Steven Mnuchin, urging him to consider exemptions or delays for companies already present in the country.

The 2015 agreement between major powers and Iran set limits on its nuclear activities in exchange for the lifting of sanctions. Europeans fear a collapse of the deal could intensify conflicts in the Middle East.

Germany, France and Britain want talks to be held in a broader format to include Iran's ballistic missile programme and its regional military activities, including in Syria and Yemen.

"The extent to which we can keep this deal alive ... is something we need to discuss with Iran," said Ms Merkel, who earlier spoke with Russian President Vladimir Putin on the issue.

Divisions in Iran over how it should respond to the US pullout were illustrated as senior cleric Ayatollah Ahmad Khatami told worshippers at Tehran University today that European nations could not be trusted.

President Hassan Rouhani had said on Tuesday that Tehran would remain in the deal, provided its benefits stayed in force with its remaining signatories.

The Middle Eastern power has also accused others of remaining silent over the attacks on its key regional ally. 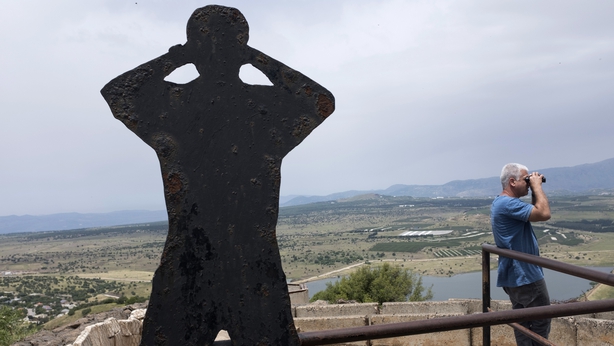 Israel said it had attacked nearly all of Iran's military infrastructure in Syria yesterday after Iranian forces allegedly fired rockets at Israeli-held territory for the first time.

The development represents the most extensive military exchange ever between the two adversaries.

Since its Islamic Revolution in 1979, Iran has refused to recognise Israel.

Iran has also said the attacks on Syria had been launched on "invented pretexts".

"The repeated attacks by the … regime on Syrian territory were carried out under pretexts that were invented by themselves and are without foundation," Mr Qasemi added.

"They are a violation of Syria's national sovereignty and territorial integrity, and contrary to international law."