China's foreign minister said new UN Security Council sanctions on North Korea were an appropriate response to a series of recent missile tests but talks were necessary to resolve an issue now at a critical juncture.

Speaking on the sidelines of a regional foreign ministers' meeting in Manila, China's Foreign Minister Wang Yi said the UN resolution's call for a return to talks emphasised that diplomatic and peaceful means were necessary to avoid tensions.

"After the implementation of the resolutions, the Korean peninsula issue enters into a critical juncture," he told reporters.

"We call on all sides to take a responsible attitude when making judgements and taking actions. Especially we need to avoid further escalation of the situation.

"We cannot do one and neglect the other. Sanctions are needed but sanctions are not the final goal," Mr Wang said. 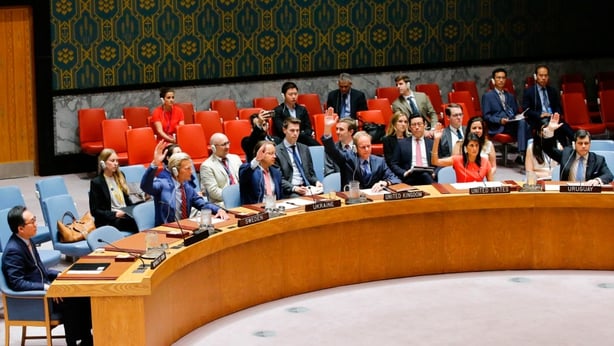 North Korea's tests of its long-range missiles are expected to dominate tomorrow’s ASEAN Regional Forum (ARF), which gathers 27 foreign ministers - including those of Russia, Japan, the United States, China and North and South Korea - to discuss security issues.

Officials in Washington say Pyongyang's latest missile test a week ago showed it may be able to reach most of the United States.

"This is currently the most realistic and plausible initiative and it is the most reasonable and friendly solution," he said.

"This solution can alleviate the current tensions, it can resolve the most pressing security issues of all sides."