A number of bodies have been recovered by Myanmar navy ships in the search for the wreckage of a military plane which disappeared along the country's southern coast last Wednesday.

The navy ships battled high winds as they scoured the storm-whipped Andaman sea for the wreckage, bringing another body to shore as scores remained missing.

The Chinese-made Shaanxi Y8 aircraft was carrying 122 people, including children and other relatives of servicemen. Navy vessels and local fishing trawlers have fought fierce monsoon weather as they search for bodies and traces of the plane.

A military vessel pulled another body from the waves this morning, bringing the number of retrieved dead to 33 as the search effort stretched into a fourth day.

"A military ship retrieved a new dead body," the army chief's office said in a statement.

One man's remains were also found late yesterday while most of the other bodies were brought to shore on Thursday before severe monsoon weather set in, hampering search efforts. 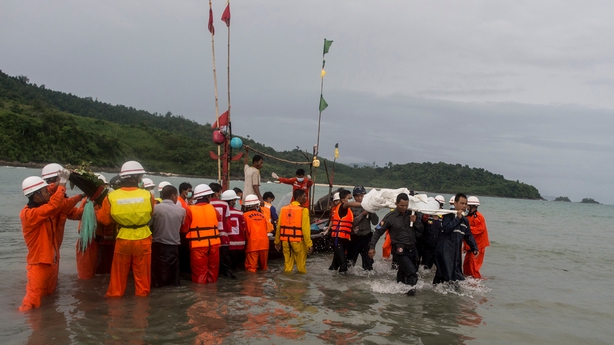 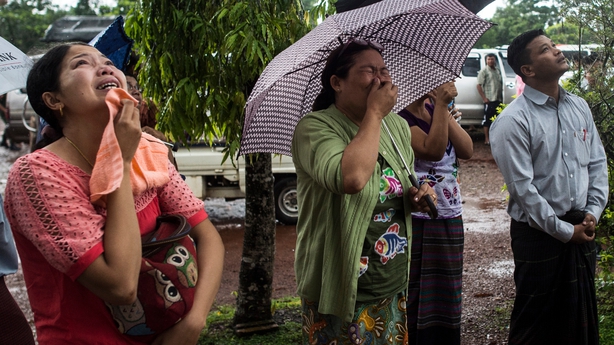 Hundreds of distraught relatives have flocked to Dawei for mass cremation ceremonies, with desperate families waiting for news of those still unaccounted for, as hopes fade of finding survivors.

There has been no official explanation for the cause of the crash, one of several deadly incidents involving Myanmar military aircraft in recent years.

While monsoon season brings annual bouts of rainy weather, there were no reports of major storms along the plane's flight path when it disappeared while flying from the southern city of Myeik to Yangon, Myanmar's commercial hub.