US President Barack Obama has said he would like to further cut the US nuclear arsenal, admitting he has concerns about efforts to modernise America's most deadly weapons.

"My preference would be to bring down further our nuclear arsenal," he told reporters at the end of a Nuclear Security Summit he hosted in Washington.

Mr Obama, who won a Nobel Peace Prize in his first year in office for his commitment to non-proliferation, was responding to a question about updates to the US arsenal.

He was asked if there was a risk that US rivals like Russia and China would feel compelled to expand their stockpiles if America improves the lethality of its own.

"I think it's a legitimate question, and I am concerned," Mr Obama said.

"Here's the balance that we've had to strike. We have a nuclear stockpile that we have to make sure is safe and make sure is reliable."

Mr Obama said the modernisation was designed to make America's missiles more safe, and that he hoped to be able to work with powers like Russia to reduce global warhead stocks.

Mr Obama also urged world leaders to do more to safeguard vulnerable nuclear facilities to prevent "madmen" from groups like so-called Islamic State from getting their hands on a nuclear weapon or a radioactive "dirty bomb."

Mr Obama said the world faced a persistent and evolving threat of nuclear terrorism despite progress in reducing such risks.

He said no group had succeeded in obtaining bomb materials but that al Qaeda had long sought them, and he cited actions by Islamic State militants behind recent attacks in Paris and Brussels that raised similar concerns.

"There is no doubt that if these madmen ever got their hands on a nuclear bomb or nuclear material, they would certainly use it to kill as many innocent people as possible," he said.

"It would change our world."

The US president hosted more than 50 world leaders for his fourth and final summit focused on efforts to lock down vulnerable atomic materials to prevent nuclear terrorism, which he called "one of the greatest threats to global security" in the 21st century. 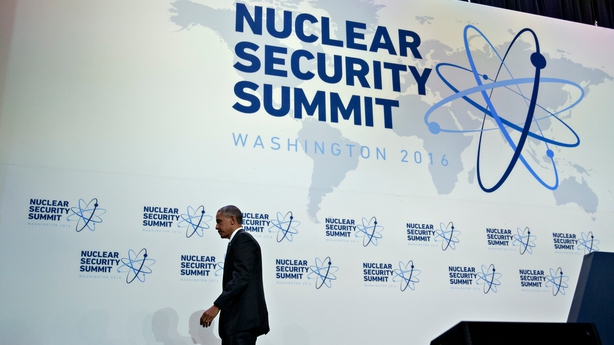 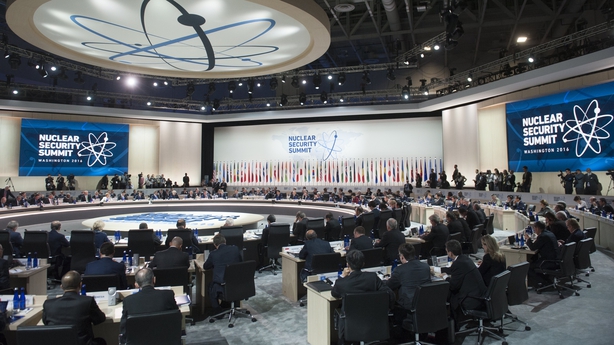 Mr Obama has less than ten months left in office to follow through on one of his signature foreign policy initiatives.

While gains have been made, arms-control advocates say the diplomatic process - which Mr Obama conceived and championed – has lost momentum and could slow further once he leaves the White House in January.

A boycott by Russian President Vladimir Putin, unwilling to join in a US-dominated gathering at a time of increased tensions between the US and Russia over Ukraine and Syria, may have contributed to summit results marked by mostly technical measures instead of policy breakthroughs.

Mr Obama, wrapping up the summit, said the leaders had agreed to keep strengthening their nuclear facilities against cyber attacks, something that outside experts said remains a major weak point.

Despite significant strides by Mr Obama in persuading dozens of countries to rid themselves of bomb-making materials or reduce and safeguard stockpiles, much of the world's plutonium and enriched uranium remain vulnerable to theft.