Met Éireann's Head of Forecasting has said ground temperatures "may hit minus 6C or minus 7C" later this week and that northern areas can expect snow on Wednesday night as the country experiences a cold snap this week.

The country is set to experience several days of freezing temperatures, with the forecaster having issued an advisory to such an effect.

Speaking on RTÉ's Today with Claire Byrne, Evelyn Cusack said the next few days will be fine until Wednesday night, when the cold front hits the country.

"That's going to introduce Arctic air, the air mass will be coming directly down from the Arctic," she said.

"That's coming down into all of northern Europe and Ireland and the UK. That's going to introduce very cold weather for Thursday, Friday, Saturday, Sunday and next Monday, possibly longer.

She said northern areas can expect to see snow on Wednesday night.

Very cold this week🥶 as an Arctic airmass establishes itself over Ireland.

Updates with potential warnings will be issued in the coming days.

"Northern Ireland, Cavan, Monaghan, maybe parts of Sligo, Leitrim and Mayo, but the precipitation dying out so it's unlikely to get to Dublin, Cork or Galway.

"Over the northern areas there will definitely be some snow on Wednesday night and then that will freeze over."

Ms Cusack said Ireland has not experienced such temperatures for three years, branding it a "winter spell".

"We are likely as we get closer to Thursday and Friday, perhaps be issuing low temperature warnings," she said, adding that given the past few "very mild" winters, this one would be "a shock".

She said today and tomorrow would be a good day to make necessary preparations to cope with the incoming weather, adding there was a huge amount of advice on getting ready on winterready.ie.

In Northern Ireland, the UK Met Office has triggered a cold weather alert from 6pm on Wednesday, to 9am on Monday, 12 December. 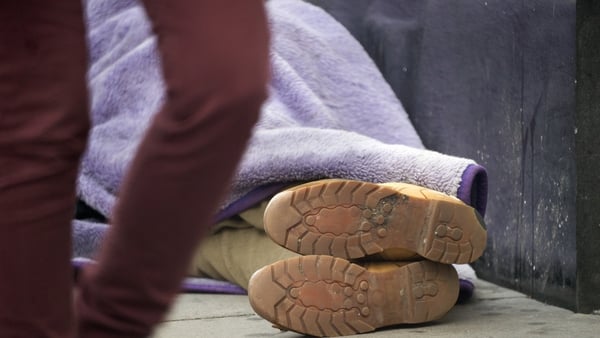 Emergency plan for Dublin's homeless ahead of expected cold snap