They are big, they have red eyes and they are loud.

The harmless bugs emerge from the ground every 17 years and shed their exoskeletons.

They then cluster on trees, bushes and walls making a distinctive sound as part of their mating ritual.

Michael Raupp is an Emeritus Professor of Entomology at the University of Maryland and says the cicadas have one of the most bizarre strategies for survival of any creature on the planet.

"It's called predator satiation. They are emerging in such massive numbers synchronously that they'll fill the belly of every predator that wants to eat them and there will still be enough left over to perpetuate their species," he said.

In recent weeks, the cicadas have begun to emerge in 15 eastern states of the US from Georgia to New York and west to Indiana and Illinois. 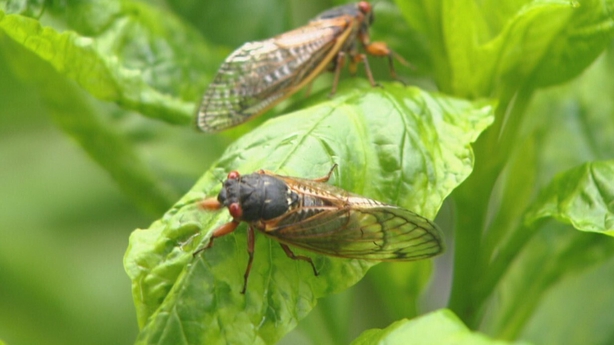 "Cicadas are not harmful. They don't bite. They don't sting. They're not going to harm you or your pets, so you don't have to fear the cicada," according to Professor Raupp.

The insects make a tasty treat for birds, squirrels and even humans. 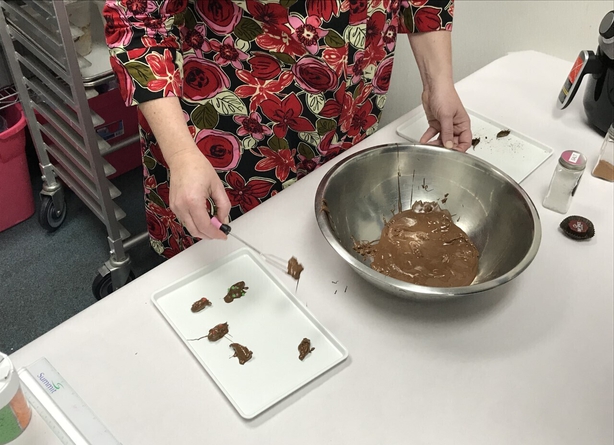 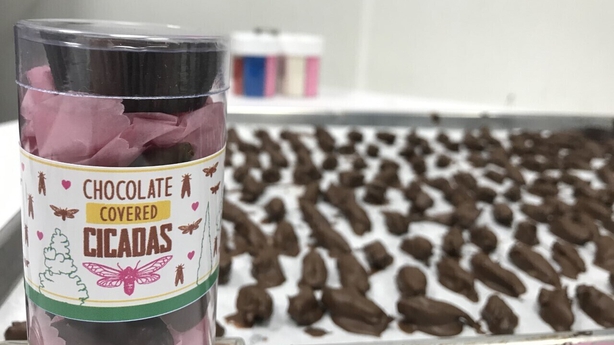 Sarah Dwyer runs Chouquette Chocolates in Maryland. She has been inundated with orders for her latest offering, chocolate-covered cicadas.

First she boils the insects, then crisps them in an air fryer before dusting them with spices and dipping them in milk chocolate.

"I started making them as a joke for friends and family but then word got out and it went viral. There has been a big demand," Sarah said.

"As part of an inclusive workforce, I hire people with intellectual differences and normally at this time of year things are quiet and my staff have to go down to part-time but now everyone can work as much as they want which makes me so happy," she said.

Sarah says the chocolate-covered cicadas are crunchy, with a nutty, sweet flavour but they won't be available for long.

The Brood X cicadas will only be above ground for another few weeks. It is, after all, just a flying visit.