A "fragile" energy grid has fully returned to life for Texans who have spent five days dealing with blackouts caused by a historic winter storm, but challenges remain in finding drinking water and dealing with downed power lines.

All power plants in Texas were once again functioning, but about 280,000 homes were still without power while 13 million people in the US state  have seen water services disrupted.

Ice that downed power lines during the week and other issues have engineers scrambling to hook all homes back up to power, while the state's powerful oil and gas sector has looked for ways to renew production.

Hospitals in some hard-hit areas ran out of water and transferred patients elsewhere, while millions of people were ordered to boil water to make it safe for drinking.

Lina Hidalgo, the top elected official in Harris County, which encompasses Houston, said she was pleased with progress in the past 24 hours, but warned residents to brace for more hardship.

"The grid is still fragile," she said, noting that cold weather would remain in the area for a few days, which would" put pressure on these power plants that have just come back on."

Texas Governor Greg Abbott confirmed that all power-generating plants in the state were online as of yesterday afternoon. He urged lawmakers to pass legislation to ensure the energy grid was prepared for cold weather in the future.

"What happened this week to our fellow Texans is absolutely unacceptable and can never be replicated again," Mr Abbott said.

The governor criticised the Electric Reliability Council of Texas (ERCOT), a cooperative responsible for 90% of the state's electricity, which he said had told officials before the storm that the grid was prepared for the cold weather.

The lack of power has cut off water supplies for millions, further strained hospitals' ability to treat patients amid a pandemic, and isolated vulnerable communities, with frozen roads still impassable in parts of the state.

Nearly two dozen deaths have been attributed to the cold snap. Officials say they suspect many more people have died, but their bodies have not yet been discovered.

Texas Senator Ted Cruz caused outrage after it emerged that he had flown to the Mexican holiday resort of Cancun during the crisis.

As political rivals called for his resignation, Mr Cruz justified the flight by saying his one-night stay was to drop his children off before he flew home.

He later called the trip "obviously a mistake."

The weather system now impacted an area stretching from Virginia up to the northeast, bringing icy buildups and treacherous travel conditions, according to the National Weather Service.

Snow fell steadily across New York City, forcing the cancellation of about 200 flights and delaying the opening of two Covid-19 vaccination sites after the storm disrupted dosage delivery.

By around 5pm local time yesterday (10pm Irish time), meteorologists had recorded more than 10cm of snow in lower Manhattan. 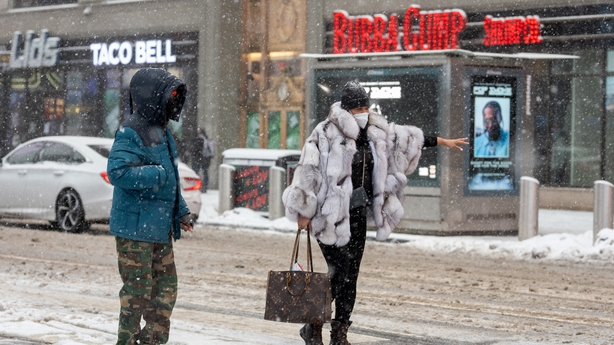 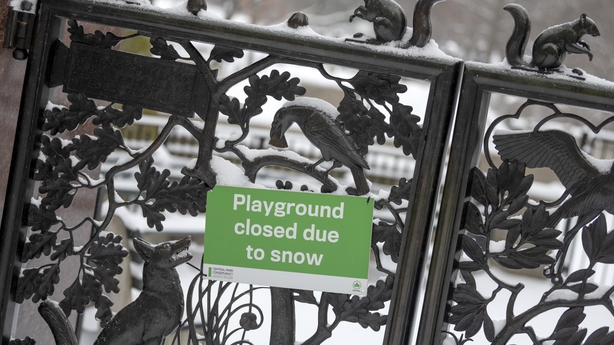 A weather warning was in effect in New Jersey, where Governor Phil Murphy announced the temporary closure of several vaccination sites.

Even though the Arctic air mass was beginning to loosen its grip on Texas and the south, the low temperatures were expected to continue.

He was was forced to postpone until Friday a visit to the Pfizer Covid-19 vaccine manufacturing site in Kalamazoo, Michigan.

More than 30 storm-related deaths have been reported by US media since the cold weather arrived last week, many in traffic accidents.