A Stormont commitment to investigate the mistreatment of women and children in mother-and-baby homes in Northern Ireland marks a "watershed moment" for victims, Northern Ireland deputy First Minister Michelle O'Neill has said.

Ms O'Neill confirmed the Executive was committed to the "unequivocal and full implementation" of a series of recommendations proposed by an expert panel, including a public inquiry and redress scheme.

The practices within mother-and-baby homes, Magdalene laundries and workhouses and the experiences of the thousands of women and children held in the institutions over decades will be examined.

As well as a public inquiry, the expert panel also recommended the creation of a non-statutory independent panel to allow those who were sent to the institutions, and their families, to give testimony in a less adversarial format.

Legislation to preserve and ensure access to the records of the institutions under scrutiny was also recommended.

Ms O'Neill and First Minister Paul Givan briefed victims ahead of her announcement in the Assembly chamber earlier today.

She said the survivors of the institutions were one step closer to getting to the truth that had been denied them for years.

"I believe that this is a watershed moment for the women and adult children of mother-and-baby institutions, Magdalene laundries and of workhouses," she said.

"And we must remember that this will be a difficult and emotional day for many.

"Our thoughts are very much with all the victims and survivors, who were so grievously failed and have lived for many years with the unimaginable pain and trauma inflicted on them."

Earlier this year, a major academic research report was published outlining the scale of mistreatment endured by thousands of women and girls in the institutions.

The work, by Queen's University and Ulster University, found that more than 14,000 girls and women went through the doors of mother-and-baby homes, Magdalene laundries and other institutions between 1922 and 1990.

It found that women were mistreated, held against their will and forced to give up children for adoption.

Following on from the research, the expert panel was commissioned to work with victims to propose the shape of a future investigation.

The panel made five recommendations, which were:

1. Adoption of six key principles to guide future work - provision of sufficient funding; centrality of human rights; full information access; policies to be "trauma informed"; accessibility of future investigation to victims with disabilities; inclusivity to ensure people who were removed from Northern Ireland can participate.

2. Securing funding and co-operation from the Irish Government to investigate cross-border issues, including in respect of forced adoption practices.

4. Ensuring access to records, including creating a statutory duty on institutions to preserve records and the creation of a dedicated permanent repository for the files.

5. Redress package. Includes financial reparations for victims, a permanent memorial and the provision of citizenship rights to those who lost their entitlement by being moved from the jurisdiction. 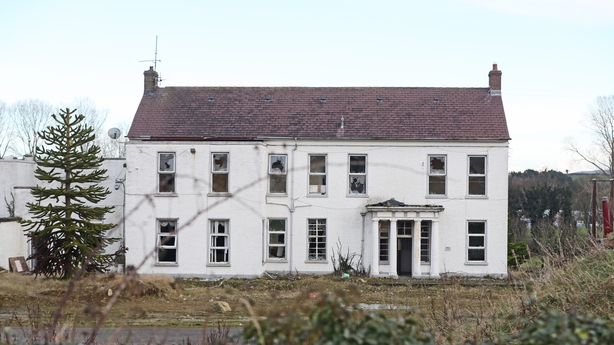 Outlining the Executive's next steps, Ms O'Neill said the recommendations were "comprehensive and far-reaching".

"There is no doubt implementation will involve a significant work programme and a sizeable funding package but going forward we are committed to engaging and listening," she said.

The deputy First Minister said the Executive did not have the luxury of time.

"It is crucial that we move rapidly on all the issues," she said.

Ms O'Neill said the Executive would be pressing ahead with some of the recommendations immediately, including work to establish the non-statutory independent panel within the next six months.

However, she said it would not be possible to advance legislation to set up the public inquiry until the new Assembly mandate next year.

She said discussions with HMRC and the Treasury would commence on the redress package.

As well as setting up the expert independent panel within six months, Ms O'Neill said ministers would also establish a consultative forum to focus on the issue of accessibility - a principle contained within recommendation one - within the same time frame.

She said groundwork on legislation to establish the public inquiry would begin immediately, though the Bill itself could not be progressed until the new Assembly term.

Ms O'Neill said groundwork would also begin on the legislation that will be required to ensure that redress payments are not means-tested and welfare benefits are not impacted.

She said the Department of Health was considering including a duty to preserve and not destroy relevant records in the Adoption and Children Bill currently before the Assembly.

Ms O'Neill highlighted that the issue of citizenship did not fall within the remit of the Executive, and would need action from the UK Home Office.

Women who should have been shown "love, sympathy and kindness were instead isolated and excluded," she told the assembly, adding "suffering was compounded on suffering".

"Let's call this out for what it was - abuse and violation. Women and girls who had done no wrong - punished for becoming pregnant outside marriage, punished for being victims of rape and incest, humiliated, subjected to forced labour, robbed of their babies, denied the truth.

"It was wrong on every level."