A murder investigation is under way in Belfast after a 45-year-old man died following a serious assault.

The victim has been named locally as 45-year-old Ian Ogle.

The east Belfast UVF has issued a statement to the Irish News, saying it wholeheartedly condemned the actions of those responsible for the murder.

The father-of-two was fatally injured after he was assaulted and stabbed by a number of men.

He was well-known in loyalist circles, and it is understood that he had issues with a number of loyalists in recent days.

The paramilitary organisation said it is still seeking answers as to who carried out the attack.

The Irish News has said a recognised code word was used by those issuing the statement.

Some of Mr Ogle’s family members were at the scene in his final minutes.

The PSNI has appealed to anyone who was in the area of Cluan Place, Albertbridge Road or Templemore Avenue between 9pm and 10pm and who may have information to contact police. 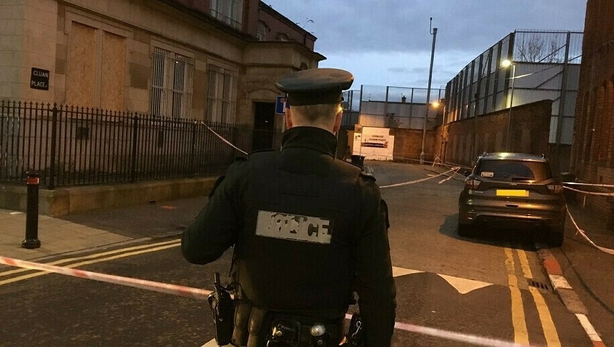 He added: "Horrible to think this should happen anywhere and no reason could ever justify what has happened in east Belfast."

Mr Dorrian described the victim as well-known and popular.

He told the BBC: "It has been barbaric and the level of violence, the level that was used, was a disgrace."

Mr Dorrian added: "The focus at the minute has just been the level of violence, the level of what has occurred here, people just could not believe the sort of violence that was used upon this man."

Ulster Unionist councillor Sonia Copeland said: "I was absolutely shocked to learn of the murder of Ian Ogle last night.

"I have known him for a number of years from involvement in work in and around Cluan Place and I know just how highly regarded he was by his local community and indeed much further afield."

Ms Copeland said the victim was a devoted family man.