A Sinn Féin senator has said that the bonfires which sparked trouble in nationalist areas of Belfast have nothing to do with the anniversary of internment.

A clean-up operation is taking place today after disorder saw a building and cars set on fire and police officers attacked.

The trouble flared in the Markets area yesterday afternoon and later spread to the Divis neighbourhood on the other side of the city.

The removal of wood from a Markets bonfire site by council-hired contractors is understood to have been the trigger for the disorder. 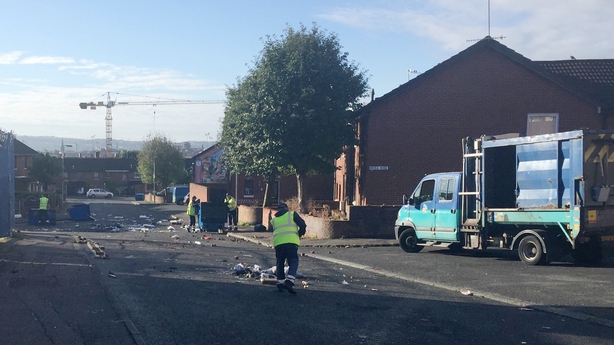 Tensions have been raised in some loyalist and nationalist areas in Belfast this summer amid efforts by the council to take action against a number of unregulated fires.

Bonfires will be lit in some nationalist areas tonight to mark the anniversary of the introduction of the controversial state policy of internment without trial.

Masked young people ran amok in the Markets, which is close to the city centre, after the council operation to remove the wood early yesterday morning. 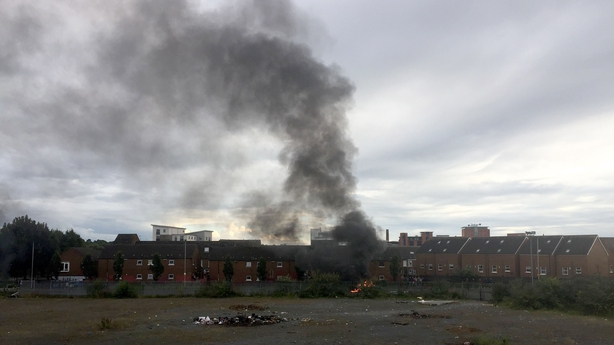 Speaking on RTÉ's Drivetime, Sinn Féin's Niall Ó Donnghaile said a "small minority" of people are responsible for the disturbances.

Mr Ó Donnghaile, a former mayor of Belfast, said the bonfires have "nothing to do with anniversary of internment" and that these people are using it as a "flag of convenience."

He said "There is a degree of sectarianism, but primarily these are people who are determined all the year round to cause vandalism and anti-social behaviour in their communities but are simply using this as a flag of convenience."

The disturbances saw officers targeted with petrol bombs, bricks and bottles while a number of cars were destroyed.

Many were owned by commuters.

The incidents centred in the Stewart Street and Friendly Street areas of the predominantly nationalist neighbourhood.

The shells of three burned-out cars were still on Stewart Street this morning, with commuters continuing to park on the street despite the visible signs of violence.

The trouble in the Divis area of the Lower Falls Road centred on the Ross Road area.

A derelict credit union building was set alight during the disturbances. 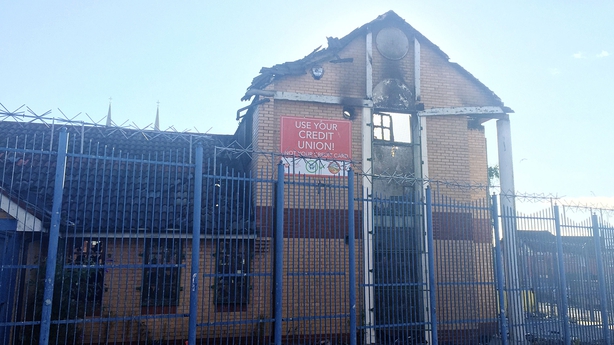 There were also reports of attempts to hijack vehicles in the area.

Last night, the PSNI tweeted: "Police urge for calm to remain after dealing with some localised disorder in Belfast tonight incl blaze at disused building in Divis.

"Thanks to all those in affected communities who helped settle tensions. People living there do not want this type of behaviour." 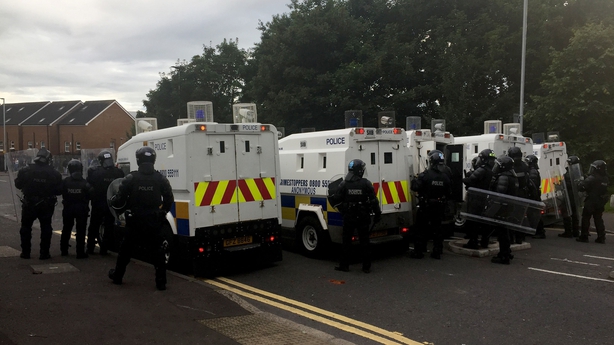 The disorder was heavily condemned by local politicians.

Sinn Féin councillor for the Markets area Deirdre Hargey said: "The damage to cars in Stewart Street is unacceptable and I condemn those responsible in the strongest possible way.

"Both commuters and residents have been affected. Cars have been smashed with stones and several have been set alight. It is nothing short of mindless vandalism."

Ms Hargey said there had been other incidents of vandalism over the weekend.

"There is no defending this behaviour at all and it needs to stop now," she said.

"I'm asking all parents to take responsibility for their children and know where they are at all times.

"The community does not want this type of behaviour and it's not representative of the people of this area."

"Thinking of police and fire crews dealing with these incidents."