A mother-of-two has died after apparently falling from a boat while on holiday on Lough Erne in Northern Ireland.

The woman's husband dived into the water but failed to find her, police said.

The couple, from Co Donegal, were in a hired cruiser with their two young children when the incident happened shortly after 1am.

It is believed the woman, who was 35, slipped while checking the boat was securely tied to a jetty at Devenish Island, a popular visitor attraction near Enniskillen, Co Fermanagh. 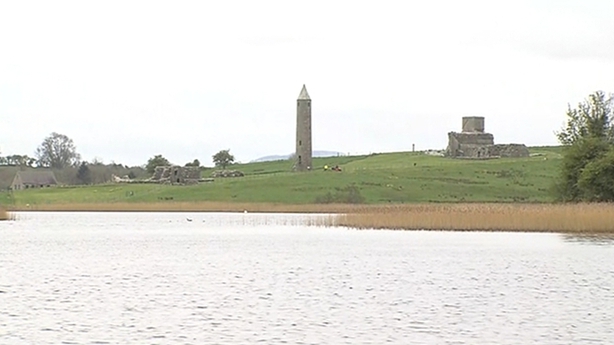 The alarm was raised at 1.15am. Police and other emergency services found the woman's body just before 2am. Intensive attempts to resuscitate her failed.

PSNI Chief Inspector Clive Beatty said the family are in a state of shock.

The two children were asleep on the boat when their mother fell overboard, he said.

He also appealed to all users of the waterways to be careful and always wear a life jacket.

It is understood she is Chinese and the family had been living there up until a year and a half ago.

The DUP leader tweeted: "Heartbreaking to hear the news that a woman died in Lough Erne this morning. Thoughts and prayers with all her family at this tragic time."

Sinn Féin Assembly member Jemma Dolan said: "The news of the death of a woman in her 30s in a boating tragedy in Lough Erne near Devenish Island has shocked the local community.

"I'd like to commend the efforts of the emergency crews who came to the scene to provide assistance.

"My thoughts are with the family and friends of this young woman from Donegal at this difficult time."