British ministers are pushing on with a major easing of restrictions on Monday despite concerns over the variant first detected in India, as they were criticised for allowing the strain's import.

Prime Minister Boris Johnson was sticking by plans to allow mixing indoors and greater physical contact in England as scientists warned the strain could be 50% more transmissible than the variety detected in Kent.

Health minister Edward Argar said the Government was acting "coolly" and "calmly" in carrying on with step three in the road map to ending lockdown restrictions.

However, the British Medical Association said the move is a "real worry" while many are still awaiting vaccination.

Mr Argar was also forced to defend border restrictions, saying it is "impossible to completely hermetically seal" the nation amid criticism of the delay in adding India to the travel red list.

Mr Johnson warned yesterday that the variant could cause "serious disruption" to plans to ease the lockdown and may delay the planned ending of all legal restrictions on 21 June. 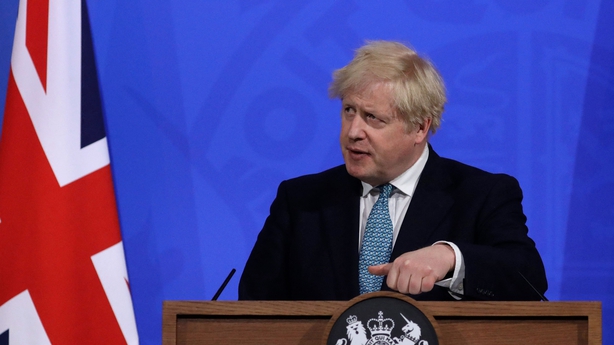 The Scientific Advisory Group for Emergencies concluded there is a "realistic possibility" the strain is 50% more transmissible than the one that emerged in Kent last year.

If the higher transmissibility is confirmed, the experts said moving to step three could "lead to a substantial resurgence of hospitalisations" that is "similar to, or larger than, previous peaks".

Mr Argar told BBC Breakfast: "All the evidence so far suggests there is no evidence of increased severity of illness or that it evades the vaccine.

"So, at the moment, on the basis of the evidence we are doing the right thing, coolly, calmly continuing with Monday, but keeping everything under review."

Monday's easing will allow people to socialise indoors in homes, pubs and restaurants, and will permit physical contact between households for the first time in more than a year.

Mr Argar said people should take personal responsibility when deciding whether or not to hug loved ones, when allowed to do so.

"You have to take all the facts into consideration," he said. "It's about personal responsibility, it's about making the right judgment call."

"With key segments of the population still not vaccinated and clusters of variants, including the rapidly increasing Indian variant, becoming a growing concern, we must approach this next stage of easing lockdown with the utmost caution," he said.

"It is a real worry that when further measures lift on May 17, the majority of younger people, who are often highly socially mobile and could therefore be most at risk of a more infectious strain, are not yet vaccinated."

To combat the variant's spread, people aged over 50 and the clinically vulnerable will have their second doses of a Covid vaccine accelerated. 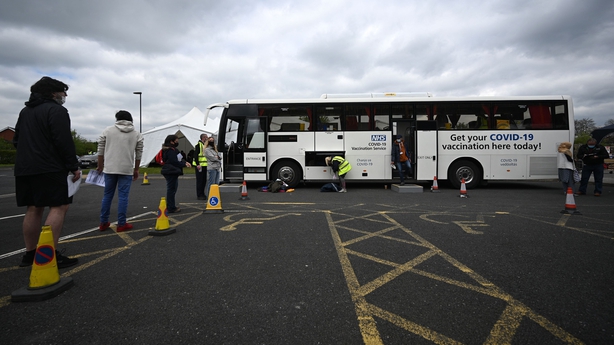 Surge testing is also under way in several places in England including areas of Bolton, Blackburn, Sefton and London.

Public Health England data shows a rise in cases of the Indian variant of concern from 520 to 1,313 this week in the UK.

India was not added to the travel red list requiring quarantine in a Government-sanctioned hotel until 23 April, having announced the move four days earlier.

Yvette Cooper, chair of the Commons home affairs committee, accused the Government of having "inexplicably delayed" the move "after which many thousands of people had returned from India bringing in many hundreds of new variant cases".

"This was predictable but it was not inevitable," she said, accusing ministers of having "still not learned the basic lessons at the border".

Mr Argar told BBC Radio 4's Today programme "it is impossible to completely hermetically seal the borders of the country".

"Our border controls, for want of a better way of putting it, to reduce the risk of an importation of a new variant of the disease are among the toughest in the world," he said.

Questioned why Bangladesh and Pakistan were added to the red list two weeks ahead of India, Mr Argar said the decisions were made "on the basis of the evidence, based on a number of factors".

Meanwhile, the deputy chair of the Joint Committee on Vaccination and Immunisation said vaccines are "almost certainly less effective" at reducing transmission of the Indian variant.

But Professor Anthony Harnden said it is not believed the strain evades the vaccines' effectiveness in preventing severe disease.

He defended the approach of bringing forward second jabs rather than speeding up the rollout to younger people, saying targeting more vulnerable people with full immunity is a "better strategy".

"The vaccines may be less effective against transmission and immunity takes a number of weeks to develop, so it's not a very good strategy for preventing transmission, what we want is to prevent disease," he told Today.

"From a vaccination strategy it just won't help mass-vaccinating a number of young people at the expense of older people who haven't been vaccinated."