People in the UK will be able to join "Christmas bubbles" to allow families to reunite over the festive period.

The UK government and devolved administrations have agreed the approach despite concerns about the spread of coronavirus.

The temporary easing of measures will allow three households to mix in a bubble from December 23 to 27.

However, people travelling to and from Northern Ireland will have an extra day of travel either side of the five-day window.

A joint statement issued by the four UK governments said: "As 2020 draws to a close, we recognise it has been an incredibly difficult year for us all.

"We have all had to make significant sacrifices in our everyday lives, and many religious and community groups have already had to change or forgo their customary celebrations to slow the spread of coronavirus and save lives.

"This cannot be a 'normal' Christmas. But as we approach the festive period, we have been working closely together to find a way for family and friends to see each other, even if it is for a short time, and recognising that it must be both limited and cautious."

Each Christmas bubble can meet at home, at a place of worship or an outdoor public place, but existing, more restrictive rules on hospitality and meeting in other venues will be maintained throughout the period. 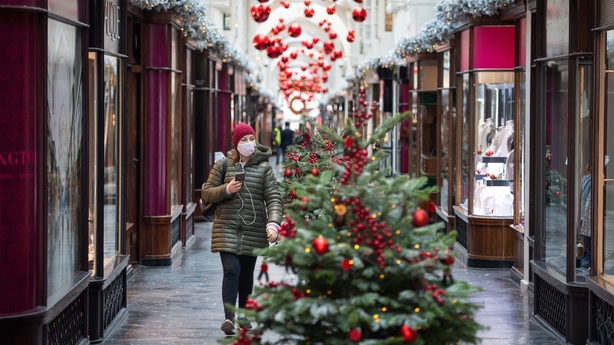 Figures today show that a further 608 people have died within 28 days of testing positive for Covid-19, bringing the UK total to 55,838.

Separate data from UK statistics agencies suggest there have now been more than 71,000 deaths involving the disease in the UK.

An additional 11,299 lab-confirmed cases of coronavirus were also reported, the lowest figure since early October.

These are the key points:

"We of course recognise how important Christmas time is for so many people in Northern Ireland.

"The fact we have been able to secure agreement across Scotland, England, Wales and Northern Ireland … is very strong because of course we know that people will want to come together from the four parts of the UK to be together at Christmas," she said. 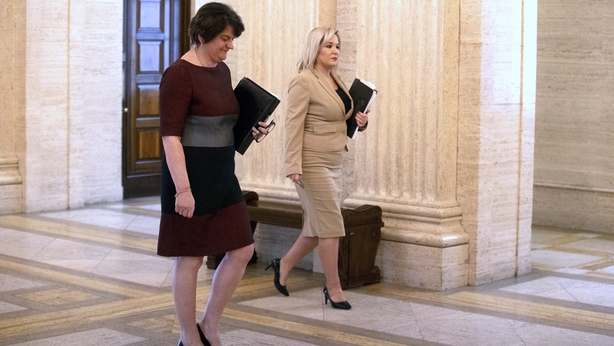 Deputy First Minister Michelle O'Neill expressed hope that alignment could also be achieved with the Republic.

"I think it's important, and I raised this in all conversations, that we need to look across the two islands for a common approach to the Christmas message," she said.

"It's important that people aren't any more confused than they are.

"So we look forward to also later in the week we believe that Dublin will also make an announcement around the Christmas message.

"But I think it's important that we're very honest with the public to say that in a pandemic there's very little that you can be concrete about, there's very little certainty in dealing with the pandemic, but it's our intention to allow families to have some space over the Christmas period."

Welsh First Minister Mark Drakeford said there would need to be a cautious approach both before Christmas and in the "aftermath" because of the risk that increased household mixing could spread the virus.

"It's why I have been arguing in the meetings we have had for a focus not just on a small number of days of Christmas itself, but the decisions we need to take in the lead-up to Christmas and how we will deal with the aftermath and to try to do that on a broadly common basis as well."

UK Transport Secretary Grant Shapps urged people to "look very carefully" at how they will go home for Christmas and even consider not travelling.

"We have got to understand there are limitations to the (train) network caused by, for example, things like the need on some trains to pre-book tickets at this time, in order to prevent overcrowding," he told the BBC.

"So we are going to be appealing to people to look very carefully at the transport route they take and of course even making a choice about whether they travel at all." 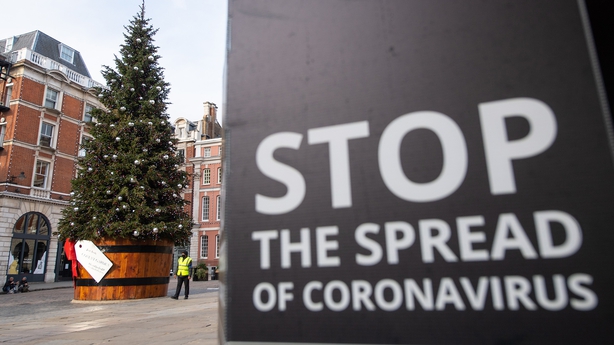 In England, the government has already announced new tiered restrictions, which will come into effect on 2 December and could last until the end of March, apart from any Christmas relaxation.

Health Secretary Matt Hancock said he hoped the roll-out of a vaccine would signal that life could go back to "normal" by Easter, on 4 April 2021.

He also suggested that some habits encouraged during the pandemic, such as regular hand-washing, would continue.

Mr Hancock told a joint session of the Health and Social Care Committee and Science and Technology Committee that the "damaging social distancing interventions" could be lifted after Easter.

On Thursday, people in England will find out which tier they are being placed in once the lockdown ends.

More regions than before the lockdown are expected to face Tier 2 or Tier 3 restrictions, banning simple acts such as popping to the pub for a pint of beer or a glass of wine.

In Tier 2, alcohol can only be consumed with a "substantial meal" while in Tier 3 pubs and restaurants will only be able to offer takeaway or delivery services.