Men's issues are being pushed off the agenda and the post of minister for men should be created, UK members of parliament have heard.

Conservative MP Ben Bradley pressed ministers to look again at equalities legislation and to ensure government departments are held to account, asking: "Why have a minister for women but not one for men? "Why single out one characteristic for special mention?"

Mr Bradley also asked for an action plan to consider male suicide, reforms to the child maintenance service, a long-term plan to improve alcohol addiction services, support for new fathers to be boosted and support for "left behind" boys in education.

He led a debate on the challenges and issues faced by men and boys to mark International Men's Day.

But extra business scheduled in the House of Commons in London saw the debate squeezed into a 60-minute period.

Mr Bradley told MPs: "I've drastically shortened my contributions - our three hours have become one, which is perhaps indicative of a problem of men's issues being pushed off the end of the agenda.

"It kind of nicely typifies the problem."

He criticised the use of language including "male privilege, toxic masculinity and of men as oppressors rather than positive contributors or role models", adding: "Men are talked about all too often as a problem which must be rectified.

"Too often the constant drive for equality and diversity seeks to drag others down rather than lift everyone up." 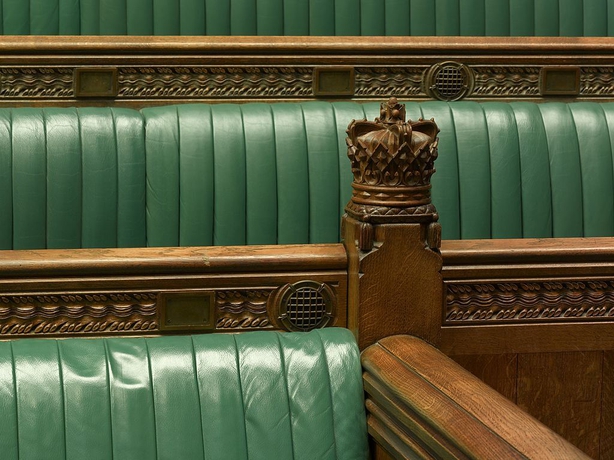 Mr Bradley said he believes equalities legislation sometimes provides additional help for "everyone else except men and boys", and he pressed the need to help white working-class boys in education - given they lag behind.

He highlighted working-class values that he said may be "considered old hat or even sexist by the modern establishment", explaining: "It's a set of values where you hold a door open for a lady, a man might be expected to stick around and provide for his family, where the role of men is a worker and breadwinner and a positive role model for his children."

Mr Bradley said such values are still "entrenched and well taught", adding they did not seek to limit women's ambition but instead promote family, tradition and strong male role models.

He added: "You might also find, particularly when considering young men who are looking ahead at their life and seeking their purpose, that they might struggle to find it when they're told those things they thought were virtues - their good manners, wanting to provide for their family, wanting to be a man's man, wanting to go to the football at the weekend and have some banter with the lads - are toxic, doing down the women around them.

"Those manners they were taught on the way to respect women in their life is now sexist, that banter is now bullying."

This #InternationalMensDay let us recognise and celebrate the incredible contribution that men and boys make to our society - and ensure that they are not left alone to suffer in silence.

There is support available to anyone who is struggling with mental health. ⬇️

Mr Bradley also told the debate: "Can we ensure equality means just that rather than positive discrimination at the expense of certain groups?

"Male is equally protected as female and we could do worse in this place than to confirm how the (Equality) Act should be properly used.

"Can we promote the role of fatherhood and stop shying away from the importance of that role? Yes, families come in all shapes and sizes, I don't wish to detract from anyone who wants to do things differently, but there's a positive role to be played by an active father that cannot and should not be ignored."