He was speaking after the derailment of a train near Stonehaven in Aberdeenshire yesterday in which three people died.

The ScotRail service from Aberdeen to Glasgow crashed amid heavy rain and flooding.

Speaking to BBC Radio Scotland, Mr Matheson said: "The rail network are experiencing increasing challenges across different parts of the routes, not just here in Scotland but across the UK, due to what is an increasing number of very intense localised weather events that have a significant impact on the infrastructure that they have within the rail network."

He will meet members of the emergency services in Stonehaven today to thank them for their efforts.

Mr Matheson described the crash as an "absolutely tragic event".

He said: "It was a difficult site for the emergency services to access. It presented them with very significant challenges. 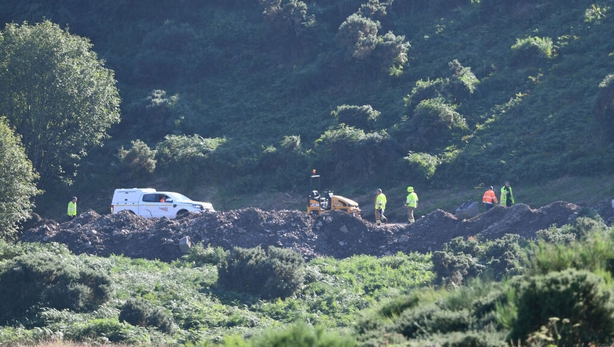 British Transport Police said those pronounced dead at the scene included the train's driver, as well as the conductor and a passenger.

Six people were injured in the derailment. Their injuries are not believed to be life-threatening.

The Scottish Fire and Rescue Service said four firefighters were also injured while dealing with the accident.

Assistant chief officer Paul Stewart told BBC Scotland: "We did have the unfortunate event of four firefighters receiving minor injuries at the scene yesterday, two of which attended hospital for a precautionary check up and two of which remained at the scene, so a very hazardous and difficult scene but something that the fire and rescue service is well able to manage and deal with."

BTP chief inspector Brian McAleese said an investigation would be directed by the Crown Office and Procurator Fiscal Service (COPFS).

He added they "will also be working closely with them along with the Rail Accident Investigation Branch and Office of Road and Rail to establish the full circumstances of how this train came to derail".