Dozens of sculptures made by an elderly Irish emigrant in London have been removed from a housing unit that became known as "Gerry's Pompeii".

Neighbours say contractors removed the sculptures over the past two days from the ground floor flat and garden in the Westbourne Park area of west London formerly occupied by Gerard Dalton, who died last year.

Mr Dalton's collection filled the flat, the garden and the canal bank at the rear of the property.

A campaign to save the sculptures and keep them in the house had attracted support from the British art establishment, including the Arts Council, the National Trust, the Museum of London and the Mayor of London's office. 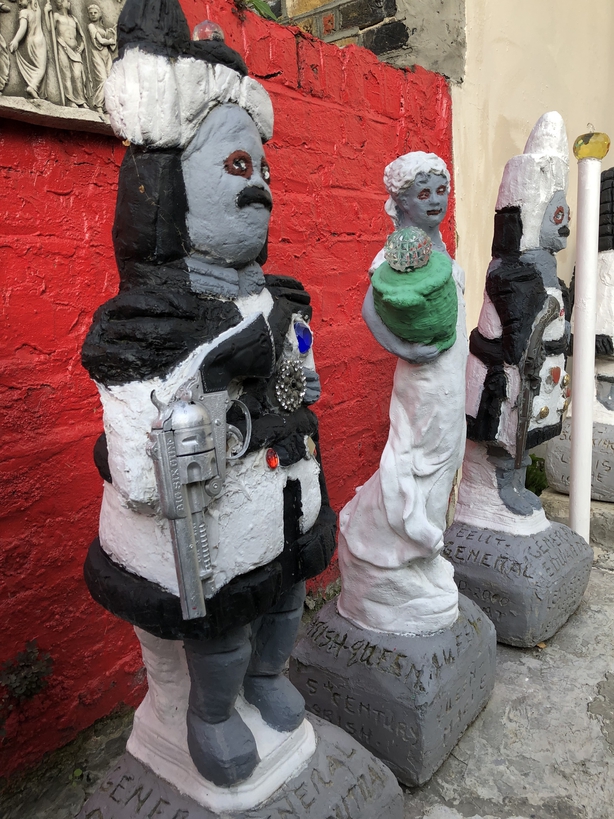 Celebrities including Stephen Fry, Paloma Faith and Fiona Shaw had also backed the campaign, which had raised money to buy the property from its landlord, a housing association.

So far, no works have been removed from the canal bank, and neighbours believe the interior decoration - also made by Mr Dalton - remains intact.

Supporters of efforts to turn the property and its sculptures into a museum say the artworks are site specific, and argue they would lose much of their appeal if they are removed from the place they were created in, and intended for.

The name "Gerry's Pompeii" comes from a remark made to a neighbour whom he told: "They'll be astonished by what they find in my garden in years to come. It'll be like Pompeii or something".

Watch: Report broadcast last November on launch of campaign to save the sculptures