Police in England say that two people who are critically ill in hospital in Wiltshire were exposed to the Novichok nerve agent, the same toxin that was used in an attack on ex-Russian spy Sergei Skripal.

The man and woman, both British and aged in their 40s, were found unconscious at a house in the town of Amesbury on Saturday, close to Salisbury where Mr Skripal and his daughter Yulia were poisoned with the nerve agent in March.

The UK's head of counter-terrorism policing said there was no intelligence to indicate the two people exposed to Novichok in Amesbury had been deliberately targeted.

In a statement tonight, Neil Basu said there was nothing in the background of the pair to suggest they would be a target.

He also told reporters police did not yet know how the Novichok nerve agent was transmitted.

The couple, from Amesbury, are believed to have attended a church event hours before they were found in the property on Muggleton Road in the town.

The church is one of a number of locations in Amesbury and Salisbury that have been cordoned off by police.

Wiltshire Police initially thought that the couple had taken contaminated crack cocaine or heroin, but then decided to carry out further tests and declared a major incident.

Tests were carried out on the substance at the UK government chemical weapons research laboratory at Porton Down. 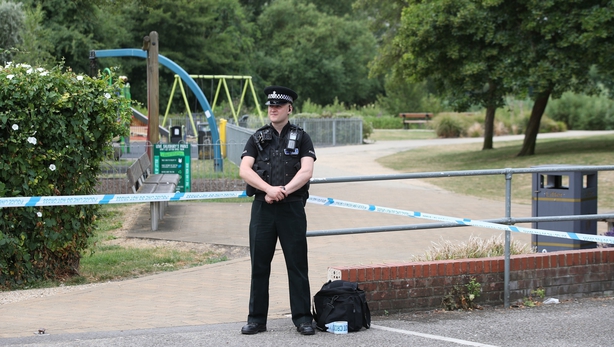 "These two patients are in a critical condition following exposure to the nerve agent Novichok," Sally Davies told reporters tonight.

"As the country's chief medical officer, I want to reassure the public that the risk to the general public remains low."

The British Home Secretary has said he will chair a meeting of the government's emergency committee tomorrow to discuss the developments.

"(This) follows the reckless and barbaric attack which took place in Salisbury in March," Sajid Javid said in a statement. 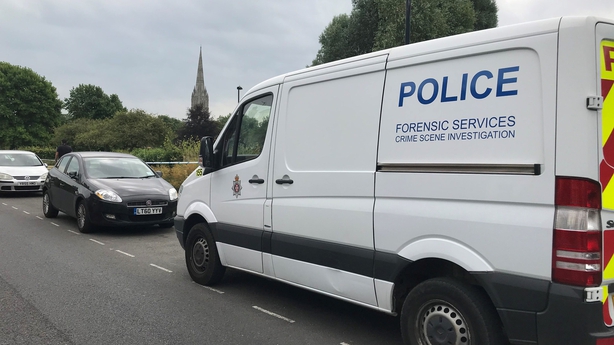 Roy Collins, church secretary, said: "Last weekend we held a community fundraiser and we understand this may well be the last event this couple went to in public.

"We are all quite puzzled and shocked. Naturally the connection with Salisbury and recent events there mean there is a heightened public interest.

"We are praying for the couple, one of our members knows them and clearly there are concerns for them and any others in the community.

"They are not church members or regulars."

Mr Collins said around 200 people attended the event, including many families and children, but "nobody else has suffered any ill effects".

Images from the scene showed a police presence on Muggleton Road. 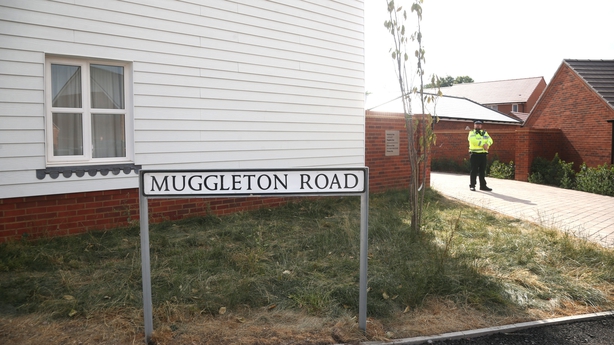 The address is thought to be on a new housing development on the southern edge of the town, which lies close to Stonehenge.

Mr Skripal, 67, and his 33-year-old daughter were left in a critical condition after they were found slumped on a bench in Salisbury city centre on 4 March.

They spent weeks in Salisbury District Hospital, where they underwent treatment for suspected exposure to the Russian-created nerve agent Novichok.

The British government has accused Russia of being behind the attack on Mr Skripal, who settled in the UK after a spy swap.